All right, time for me to be the most obnoxious kind of author and say that the Snowverse doesn’t really have a reading order.

(Though for individual series, yes, start with Book One and make your way through the series chronologically, otherwise it won’t make sense.)

So, if you don’t already know, most of my series take place in the same universe, and I call this the “Snowverse” after the protagonist in the Freya Snow series, which is the longest running series in this universe.

The other series all take place at different points in the timeline and follow different characters, with characters often crossing over between series.

So, people often ask me for the correct reading order.

Now, all of the Snowverse series are designed so that they can be read on their own, and my advice is nearly always to start with whichever series appeals to you the most.

Don’t get stuck reading the mermaid paranormal romance trilogy just because it’s first in the in-universe chronology when YA urban fantasy is more your speed.

And don’t get stuck reading the YA urban fantasy because it’s the first book I released when you’d prefer the adult F/F urban fantasy romance.

But yes, if we’re all happy that none of this is prescriptive, and that you won’t lose anything if you decide not to read some of the series, then there are some sections where the series cross over in such a way where, if you’re reading all of them, you probably want to read them in in-universe chronology (with a few exceptions).

I’ve listed all of the Snowverse books below in their in-universe chronology, along with a description of how it ties into the other books and what spoilers it may contain.

Castaway Heart is a paranormal romance trilogy following two couples, one M/F and one F/F.

It is completely stand-alone and can be read at any point.

Gun to my head, if you’re going to read it, it does loosely tie into the eighth Freya Snow book, so you might want to read it before then, but that’s it. 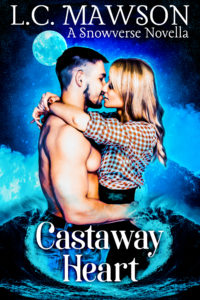 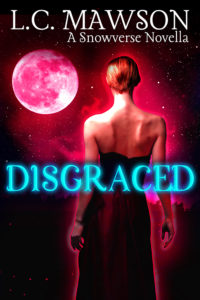 Disgraced is a prequel novella to the Royal Cleaner F/F Urban Fantasy series, following one of the protagonists of that series, Caroline, as she is forced to return home after her brother’s death to take her place as Lady Caroline of House Raven, a demon noble.

Reading Disgraced isn’t necessary to understand the main Royal Cleaner story, but if you are going to read it, it’s probably best to do so before the first Royal Cleaner book.

Freya Snow Prequel and Books One to Seven

Freya Snow is an urban fantasy series that goes from YA to NA as it follows the protagonist throughout her life.

The prequel isn’t necessary to read before the main series. 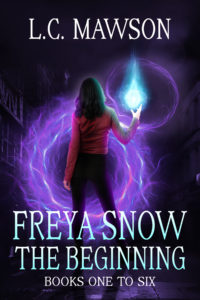 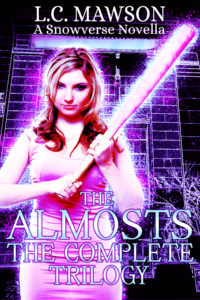 The Almosts Trilogy is a trilogy of paranormal heist novellas around a group of women with very weak magic who turn to a life of crime.

Due to the darker tone of the series, it is now only available to buy direct from me and I do advise that you consider the content warnings carefully before deciding to pick it up.

The Royal Cleaner: Book One

The Royal Cleaner is an F/F Urban Fantasy Romance series following Lady Caroline, a character from the Freya Snow series, and Detective Mina Sharma, a new character to this series.

The events of this book will also be touched upon by the ninth Freya Snow book, so if you intend to read this book, it is advised that you do so before then.

As with all of the series, this series can standalone. 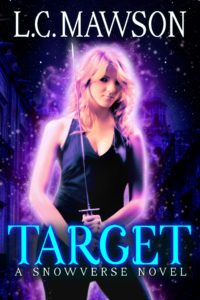 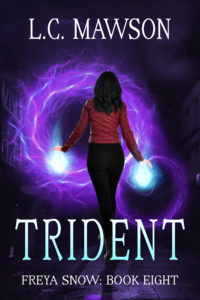 The eighth Freya Snow book takes place after the events of The Almosts and the first Royal Cleaner book, but none of the characters intersect.

It also takes place at the same time as the first Engineered Rebel book, with the first chapters of each book recounting the same events, told from the point of view of different characters.

Engineered Rebel is an urban fantasy/sci-fi series about a group of genetically engineered soldiers designed to fight magic.

If you’re going to read Freya Snow, it’s advised that you’re caught up to Book Seven or Eight before you read this book.

There’s no crossover with this book and any other Snowverse series. 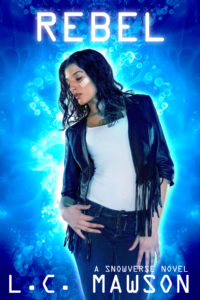 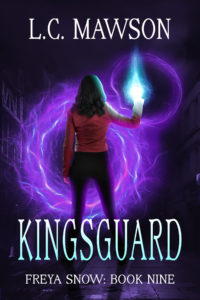 The ninth Freya Snow book takes place after the events of the first Engineered Rebel book, but the two series don’t cross over again at this point, so there’s no reason to be caught up.

There is also brief mention of characters from The Royal Cleaner, but again, no major crossover.

This book also takes place at the same time as SOULBOUND, a spin-off novel that tells the events of this book from the point of view of another character.

As they take place at the same time and tell the same events, they do spoil each other, so it’s up to you which you would rather read first.

SOULBOUND is a spin-off novel in the Freya Snow series, following the events of the ninth Freya Snow book from a different character’s point of view.

Which you read first is up to you.

As it tells the events of the ninth Freya Snow book, it is advised to be caught up on that series before reading this book. This book also intersects with characters from The Almosts and The Royal Cleaner, so if you’re going to read those series, it is advised that you do so before this book. 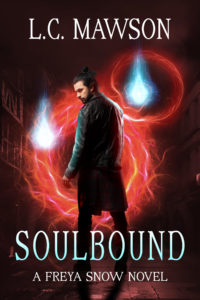 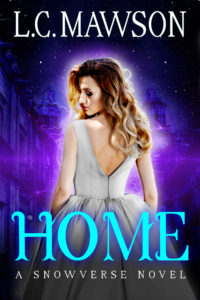 It references the events of the Freya Snow series so far, however, it also references a reveal in the tenth Freya Snow book that characters in this book know and Freya doesn’t.

So, while this book takes place before the tenth Freya Snow book, if you read it first, you will know about the reveal ahead of time. 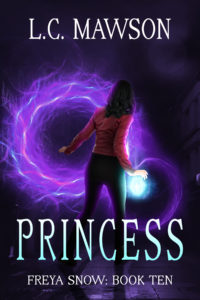 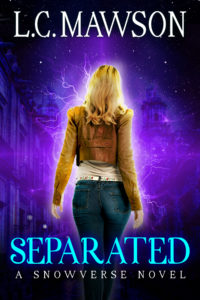 The third Royal Cleaner book picks up where the eleventh Freya Snow book left off, and the fourth book takes place soon after the third.

The third book does reference the events of the eleventh Freya Snow book, so if you’re reading Freya Snow, it’s best to be caught up to that point.

The twelfth Freya Snow book takes place after the fourth Royal Cleaner book, so if you’re reading that series, it’s best to be caught up to that point. 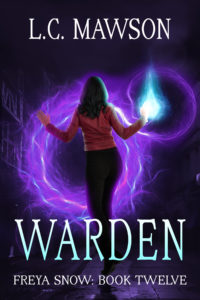 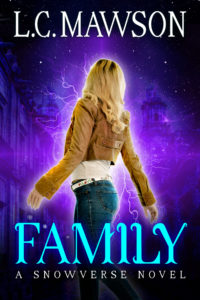 The second and third Engineered Rebel books don’t intersect with the plot of the other series until the end of the third book, which takes place at the same time as the beginning of the thirteenth Freya Snow book. 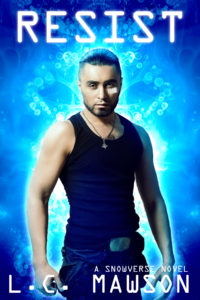 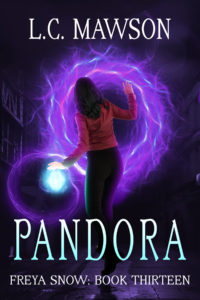 The thirteenth Freya Snow book takes place after the fifth Royal Cleaner book and the third Engineered Rebel book. It references the events of both, so if you’re reading those series, it’s recommended that you’ve reached this point before reading this book.

So, if you’re reading both series, it’s probably best to read the thirteenth Freya Snow book before reading this book. 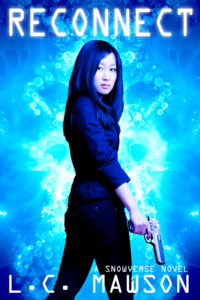 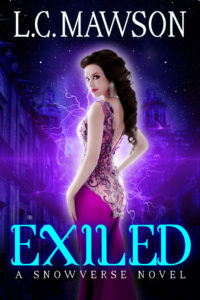 If you’re reading Freya Snow, it’s highly recommended that you’ve read Book Thirteen in that series before this one.

So, if you’re reading both of those series, it’s probably best to be caught up to those books. 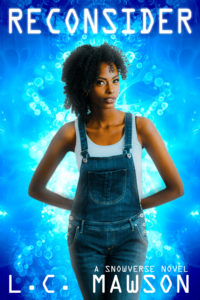 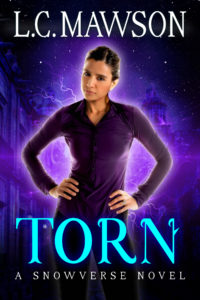 The events of the Engineered Rebel series are lightly mentioned in this book, so if you’re reading that series, you probably want to have read Book Seven.

The sixth and final Engineered Rebel book takes place after the seventh Royal Cleaner book but doesn’t reference the events of that book. 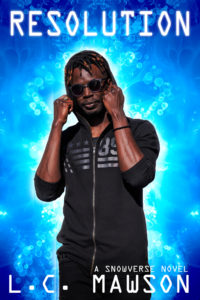 The eighth Royal Cleaner book takes place after the final Engineered Rebel book, and references the events of that book.

If you’re reading Engineered Rebel, it’s advised that you finish that series first.

The fourteenth Freya Snow book takes place after the final Engineered Rebel and Royal Cleaner books and follows up with characters from both. If you’re reading those series, it’s advised that you finish them before reading the last two Freya Snow books. 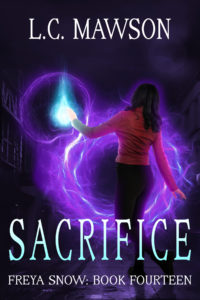 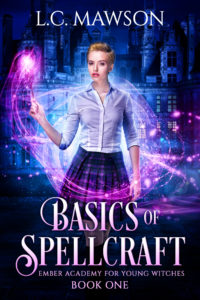 The Ember Academy for Young Witches series takes place years after the end of the Freya Snow series and follows Amy, a young witch, as she discovers her magic and is sent to a school for witches.

It lightly references characters and events from Freya Snow, The Royal Cleaner, and Engineered Rebel, so it’s advised that you finish those series before starting this one if you’re reading them, but Ember Academy is completely stand-alone if you just want to start with this series.

Skye is the daughter of characters from Engineered Rebel and spends time with the children of characters from The Royal Cleaner and Freya Snow. It also follows up on characters from Ember Academy for Young Witches. This series can standalone, but if you plan to read the other series mentioned, it’s probably best to finish them first. 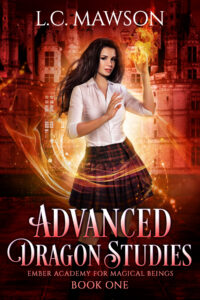