The Royal Cleaner is an F/F urban fantasy romance series that follows Lady Caroline, a demon noble sent to Earth as punishment for treason, and Mina, a human detective who stumbles into Caroline’s world of magic and refuses to leave.

The series concluded with Book Nine.

The Royal Cleaner is part of the Snowverse multi-series universe, which means that while the series is over, the characters can still be found in on-going Snowverse series.

Freya Snow is the currently on-going series, and Ember Academy for Young Witches is an upcoming series, the first previews of which are now available.

You’ll love this F/F urban fantasy because the fast-paced writing will keep you hooked until the end. 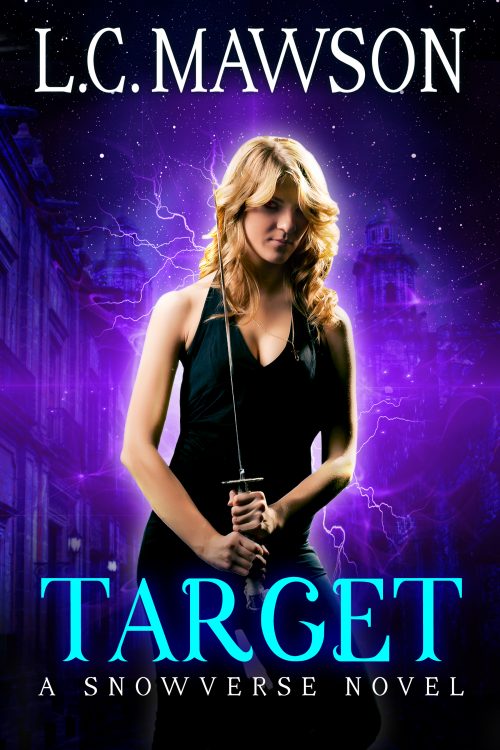 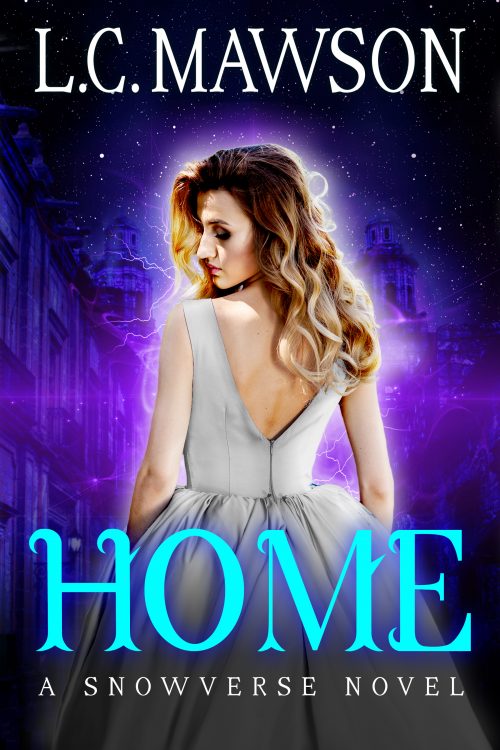 Caroline hadn’t meant to lie about her past, she just didn’t think it was relevant…

When Caroline’s betrothal to the King of the Underworld was dissolved, the fact that that betrothal had been orchestrated by an anti-monarchist group to take down the crown from the inside became irrelevant. Which was why Caroline never told her girlfriend, Mina, anything about her involvement with said group, even after years of being together and sharing a life.

But when the past comes back to haunt her, with new plans threatening to drag Caroline back into Underworld politics, she and Mina are left wondering if the future they had hoped to build together was all just an elaborate fiction.

Were a demon noble and human detective ever going to have a life together, or is it time for their dream to end?

HOME is the second book in The Royal Cleaner series.

Get From Your Favourite Ebook Store
Buy Direct

Finding out her wife had to marry someone else wasn’t the best start to Mina’s week.

With enemies on both sides, Caroline and Mina will need each other more than ever.

Too bad those enemies have other plans.

SEPARATED is the third book in the Royal Cleaner F/F urban fantasy series.

Get From Your Favourite Ebook Store
Buy Direct 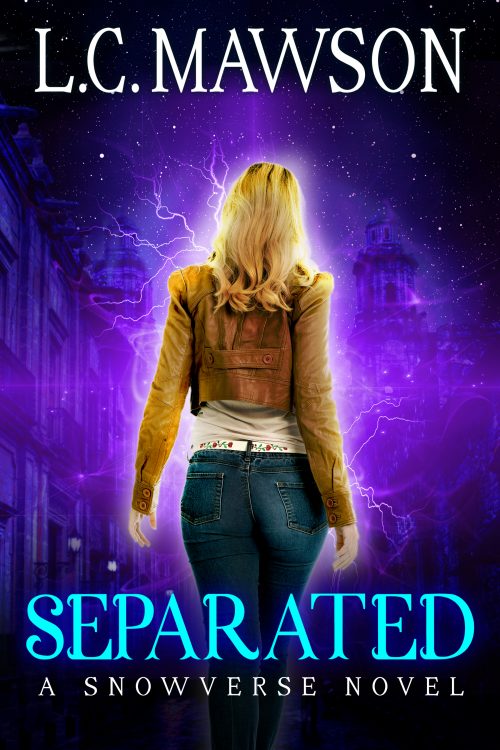 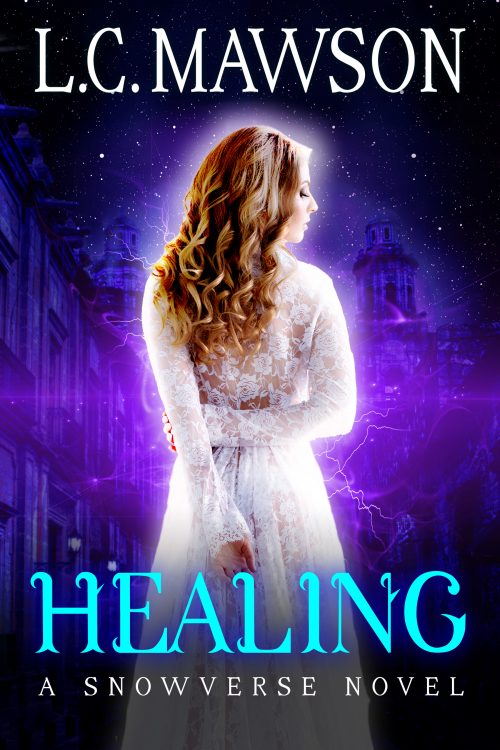 The Underworld may be the best place for Caroline to heal, but it is torture without her wife…

After being kidnapped and tortured by genetically engineered humans for days, Caroline knows that her fellow demons are the ones best equipped to heal her, but her human wife and step-daughter aren’t welcome in the Underworld.

Mina isn’t exactly happy to lose her wife, either, but with her sister who had a hand in Caroline’s kidnapping now asking for her help, she has more than enough to keep her busy on Earth.

Mina and Caroline’s lives are only getting more complicated, but they have a dream for their future that they are ready to fight for…

HEALING is the fourth book in the Royal Cleaner f/f urban fantasy series.

If there was any time Caroline and Mina didn’t want to have to deal with magical nonsense, it was just after their children were born.

Especially with Mina’s ex in town, asking just who Caroline is and why nothing about her makes sense.

But as Demons start attacking them in the street, it becomes clear that Caroline’s enemies have decided that this is their chance to attack.

If Caroline and Mina want their family to come through this intact, they’ll have to rely on each other more than ever. 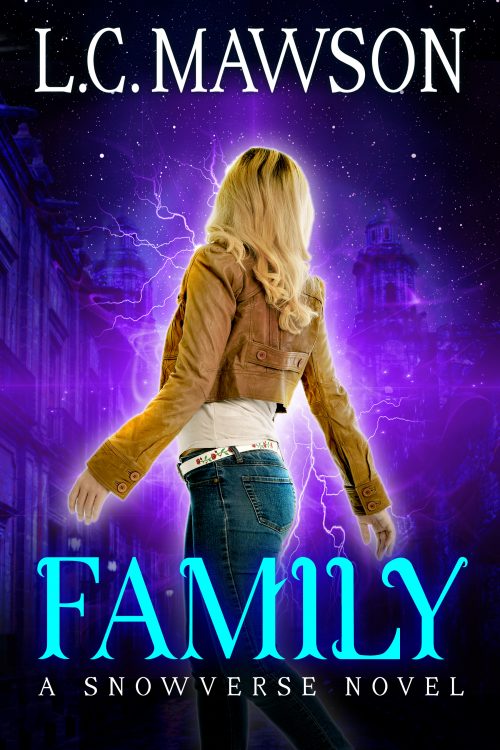 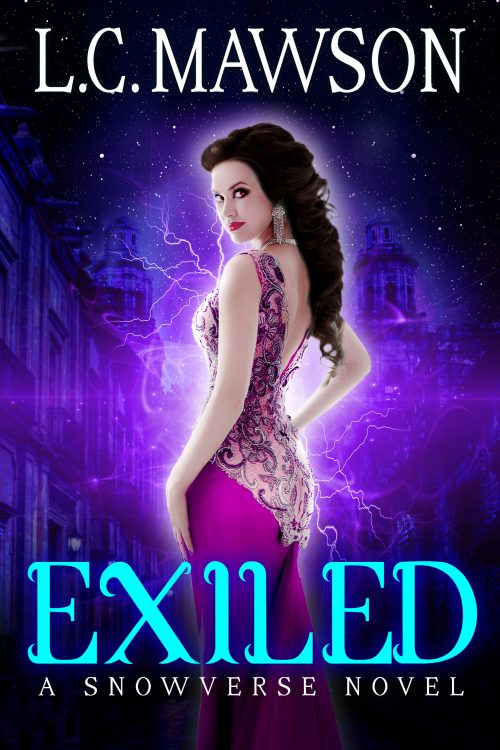 She was Queen of the Underworld.

It had been the price of stopping her older brother from usurping the throne, but now she’s stuck on Earth with the younger brother she was never close with, and the best friend she can’t seem to think straight around.

But the more time she spends around her best friend and her wife, the more she finds that her feelings don’t make sense.

Certainly not two women at once…

With the ability to look into the future, she’s never been at a loss like this before.

But since coming to Earth, her powers have been unreliable, and now she’s left to rebuild her life in an unfamiliar realm without the one thing she could always rely on.

Maybe it’s time to rely on something else.

Fighting together is their best hope…

But Persephone, former Queen of the Underworld, still isn’t used to trusting others.

Prophecy has dictated that she must defeat her older brother, Uther, on Earth, or he will gather enough strength in the Underworld to enslave humanity.

Persephone is sure that she doesn’t need help from her lovers – if she can even call them that after such a brief time together – but despite her best efforts to hide, they end up crossing paths.

Perhaps some small part of her subconscious is reaching out.

And perhaps this truly is a battle that they must face together. 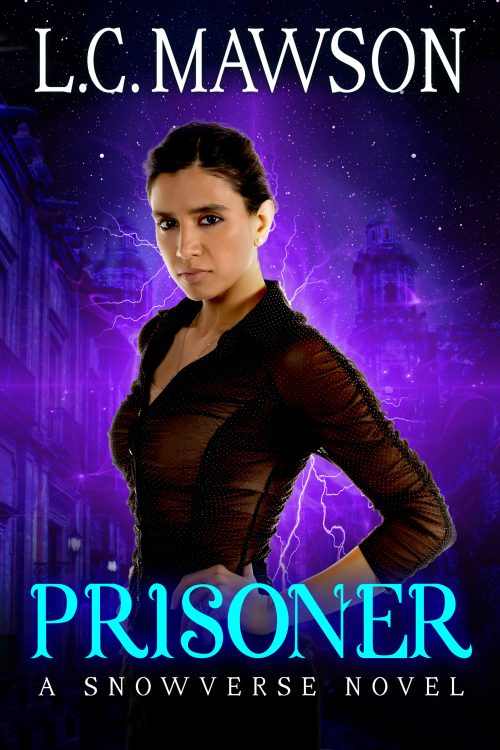 She’s their only hope…

Uther knows that the only thing standing between him and control of Earth and the Underworld is his sister, which was why he locked her away.

But he underestimates just how far her loves will go to retrieve her.

One final fight to save the city…

It’s been weeks since Uther last made a move, but now Persephone is having visions of his final plan.

A devastating curse that will kill every human in the city.

But none of them reocgnise the curse, and it seems as if finding the answer may mean pulling together all of the magical factions in the city.

Something no one has ever succeeded in.

If they can stop Uther, the fight will be over, but if they can’t, they will lose everything they’ve fought so hard to build… 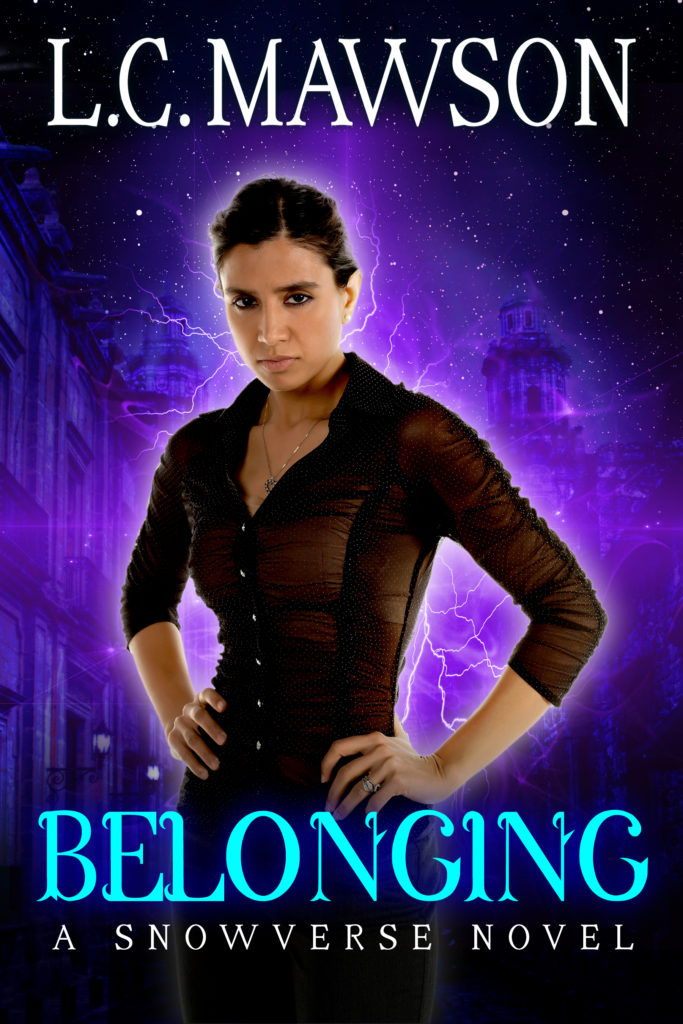 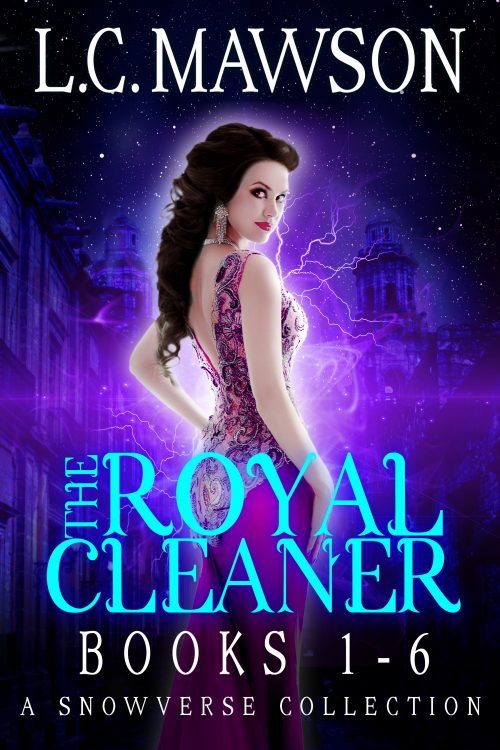 This collection brings together the first six books in the Royal Cleaner series. This handy collection makes it easy to get started on the series and is cheaper than buying all of the books separately or buying the first two trilogy box sets.

This collection brings together the first three books in the Royal Cleaner series. This handy collection makes it easy to catch up on the series and is cheaper than buying all of the books separately.

Get From Your Favourite Ebook Store
Buy Direct From Me 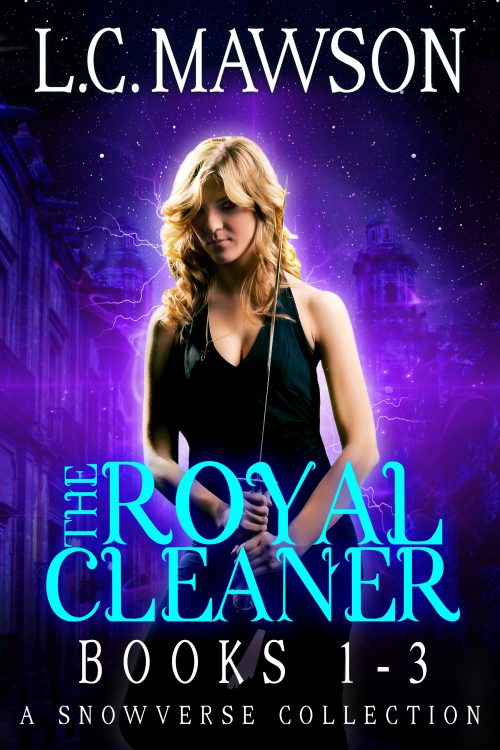 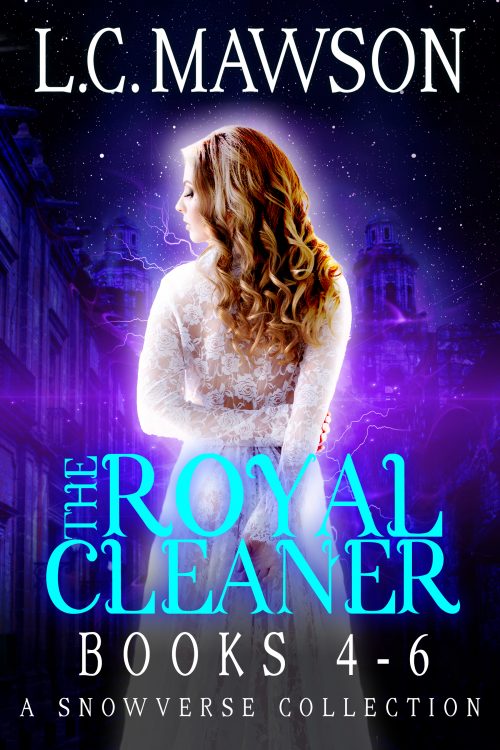 This collection brings together the second trilogy in the Royal Cleaner series. This handy collection makes it easy to get started on the series and is cheaper than buying all of the books separately.

This collection brings together the last three books in the Royal Cleaner series. This handy collection makes it easy to catch up on the series and is cheaper than buying all of the books separately. 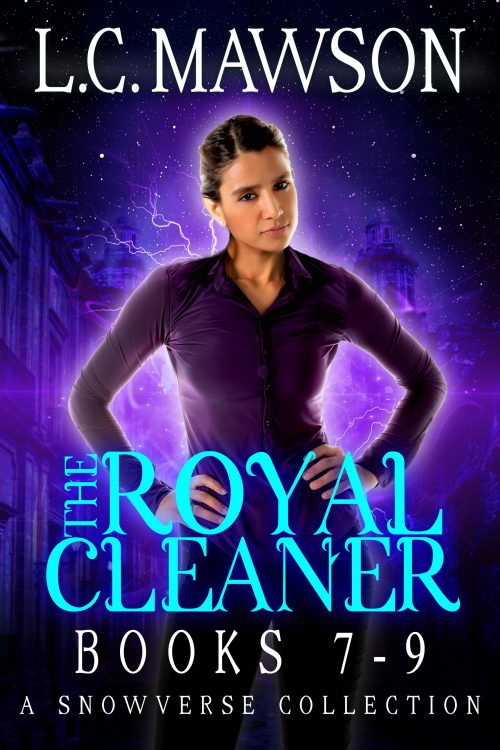 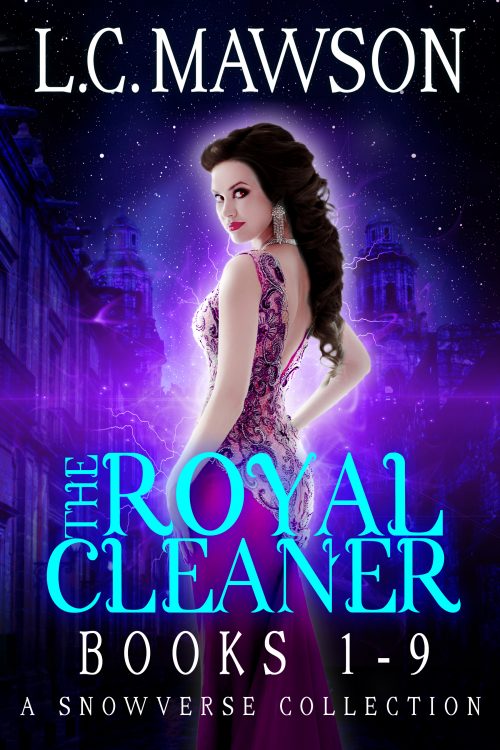 This collection brings together every book in the Royal Cleaner series. This handy collection makes it easy to get started on the series and is cheaper than buying all of the books separately or in smaller box-sets.

An extension to the epilogue of the first Royal Cleaner book, written after Book Six was released and made available to Patreon Supporters at the “Secret Patreon-Only Books and Short Stories” level. 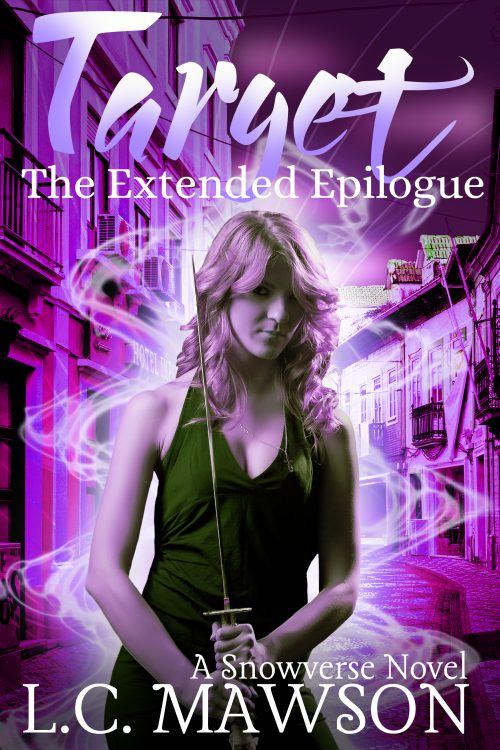 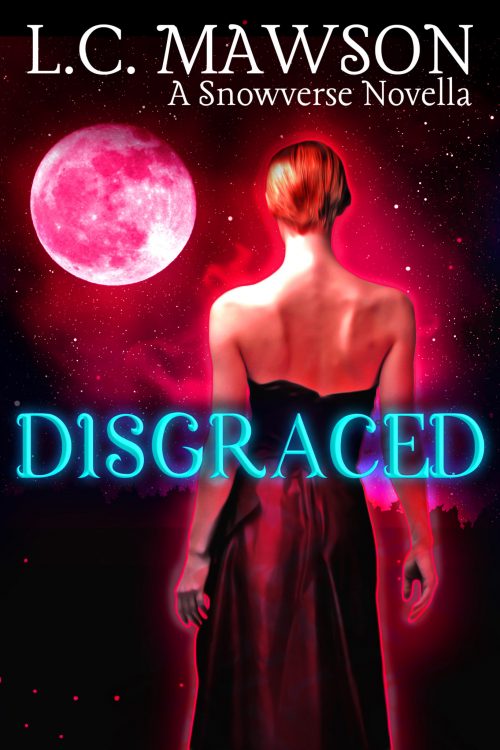 Lady Caroline of House Raven was once meant to be Queen of the Underworld.

But when another conspired to steal her place, she was disgraced and fled to learn the ways of the Wardens of Maltess, deep in the mountains.

After five years, Caroline was at home with the Wardens.

But when word arrives that her brother, the head of their house, has died, leaving her his only heir, Caroline must leave the Wardens and return to the pit of vipers she had once fled…

Get Free From BookFunnel

This Patreon exclusive short takes place after the events of the extended epilogue to the first book. 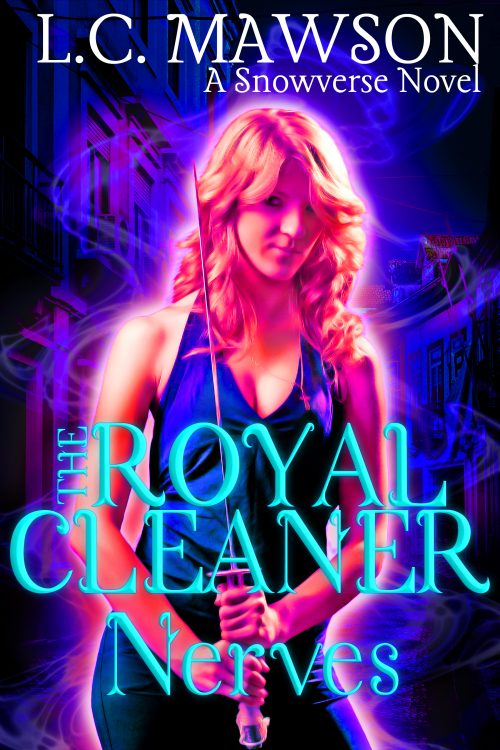