Ember Academy for Young Witches is a YA Urban Fantasy Academy series that follows Amelia, a teenager who realises that she’s a Witch and that ancient forces may be out for her blood.

This series has now concluded, but there is a second series set at Ember Academy now available.

Breaking the most sacred rule in the vampire world has consequences…

But she did, and a young vampire who can’t control herself is a danger.

Under most circumstances, Natalie would be locked away until she was deemed old enough to take a willing human as a thrall.

But the witches have just opened a school to help their young to control their powers, and Natalie is part-witch. 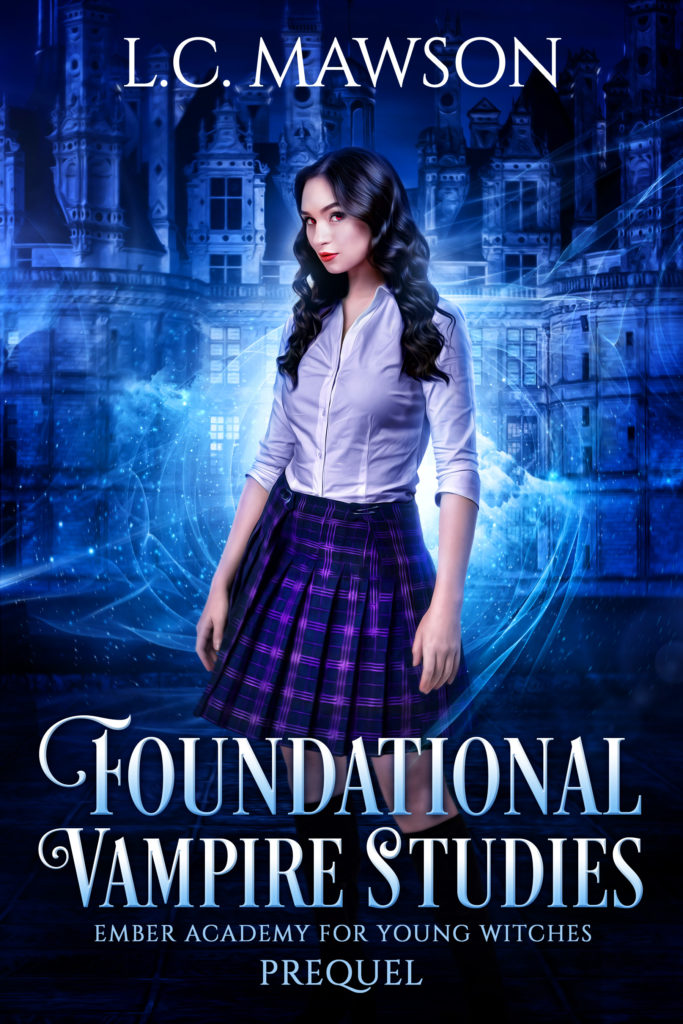 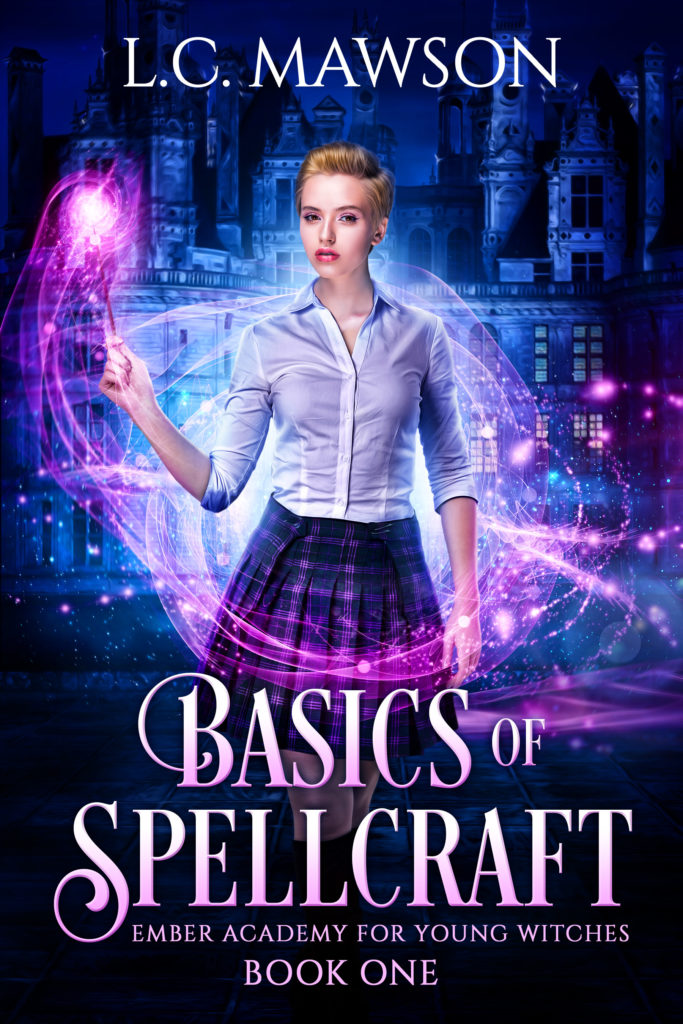 BASICS OF SPELLCRAFT is available to buy from Amazon and also to borrow from Amazon’s Kindle Unlimited program.

You cast one dubious spell and everything goes to shit.

Namely, the Amazons, the most powerful coven of witches, have come to Ember Academy to investigate everything that happened on Halloween.

And my role in it.

They know that I’m powerful, but I’m not sure what they would do if they knew why, so I’m keeping quiet.

Of course, that means that they don’t trust me, so they’re forcing me through their trials.

If I pass, I’ll be an Amazon, and they’ll trust me with my powers and secrets.

If I don’t… Well, the fact that no one’s being explicit about that tells me that I don’t want to know.

My survival depends on passing these trials, but they’re meant to determine the best of the best, and I’ve known about magic for less than two months… 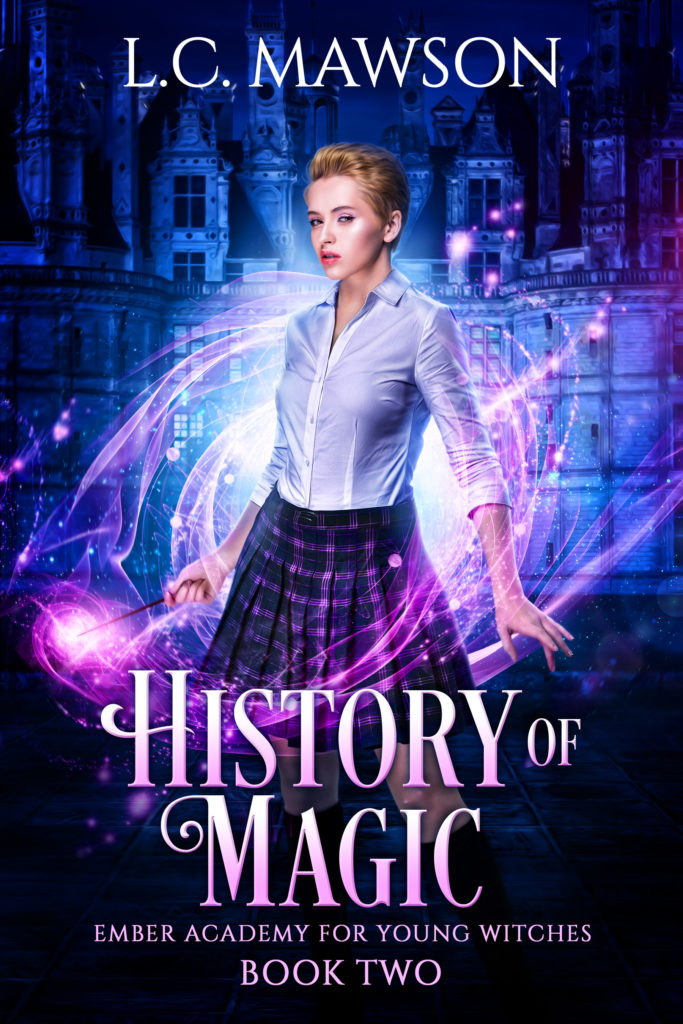 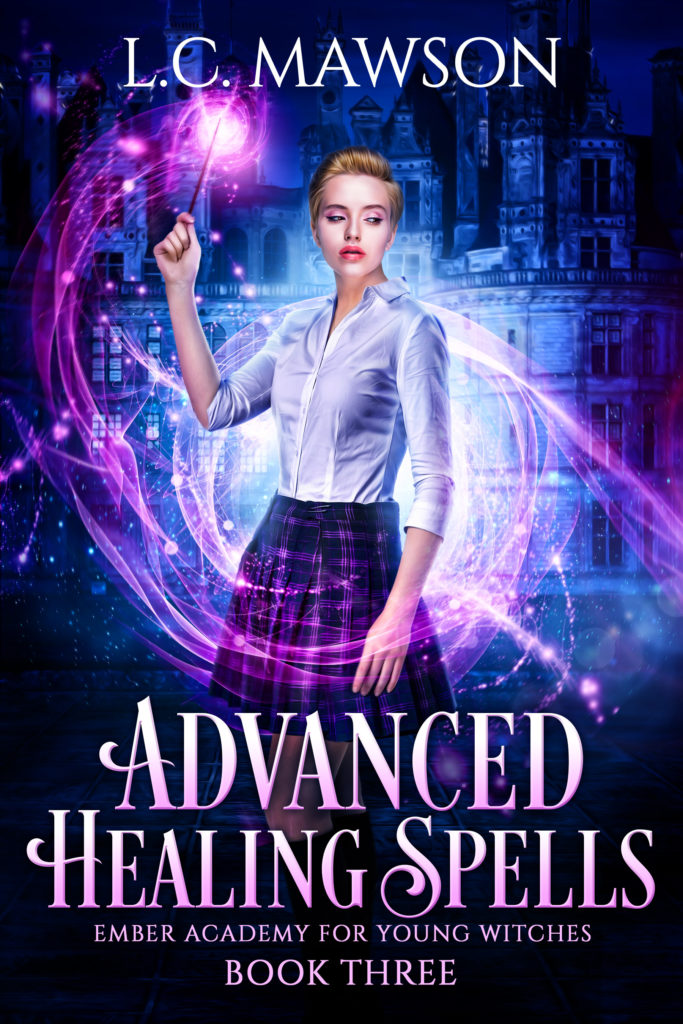 Keeping my head down shouldn’t be too hard… Right?

Unhappy with how everything with the Amazons went down, the Slayers are now investigating Ember Academy.

But not me. Not as long as I keep my head down.

Which would have been a hell of a lot easier if students hadn’t started dropping unconscious.

No one knows how to wake them, but I have ways to find answers that they don’t

Especially when it would mean reaching out to the very criminal the Slayers are trying to find.

Okay, so maybe taking powers from an ancient, unfathomable being wasn’t the best idea…

When the school was in danger, taking a helping hand from Nature seemed like the only option.

But now the Council of Light are asking to examine my magic, and I get the sense that I’m just a pawn in their game of political chess.

If I want to survive, I’ll have to learn the rules of their game. And fast… 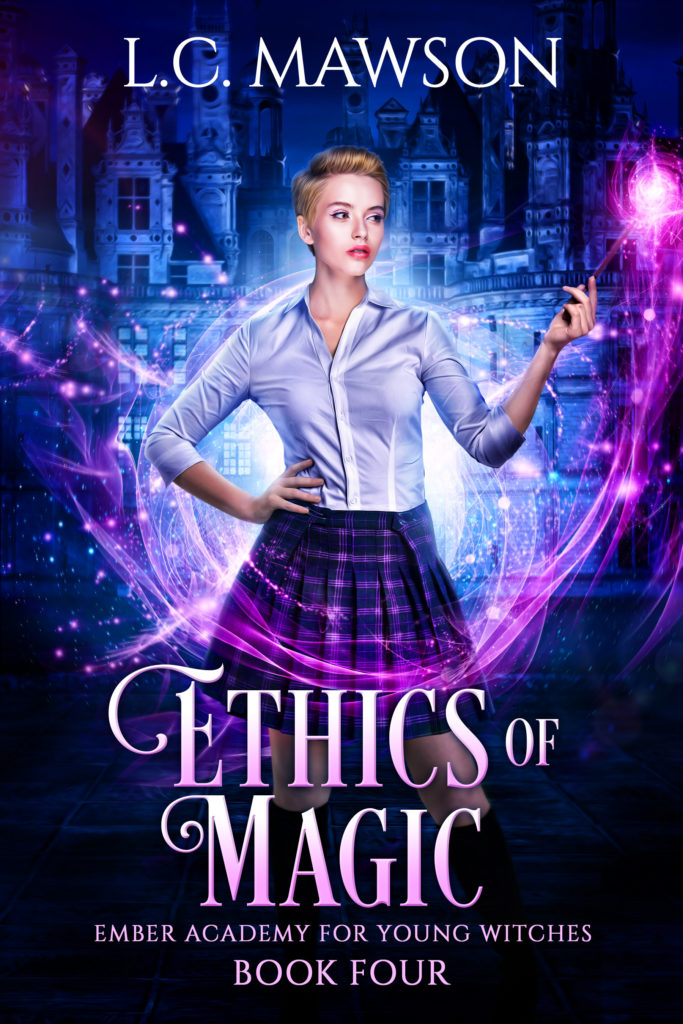 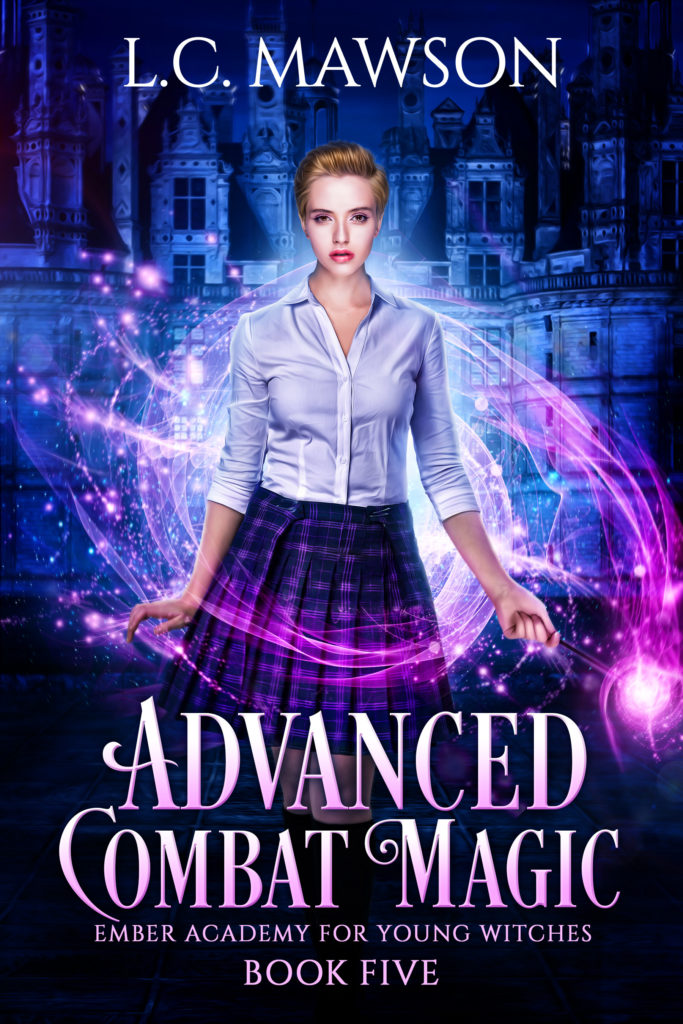 They’ve gone too far this time…

I was happy just going to school and trying to ignore the wider world of magic.

Until the Council of Light crossed the line.

Now there’s nothing that will stand between me and putting an end to them and their corruption once and for all.

My friends won’t let me forget that I’m not in this alone. The only thing is, I would prefer that to losing them as well…

One last fight to bring it all down…

So, we’re probably screwed. The Council have made it clear that they intend to take back the Amazons, no matter what.

And I’m not sure we can stop them.

But if we can – if we can claim just this one victory – the Council will have lost control of the Witches, and the rest of their little empire will fall.

Every victory so far has come with a cost, the only question is, if we manage this, what will it take?

POLITICS OF MAGIC is the sixth and final book in the Ember Academy for Young Witches YA Urban Fantasy Academy series. If you love kick-ass heroines, Sapphic slow-burn romances, and magical boarding schools, you’ll love this latest fast-paced series in L.C. Mawson’s Snowverse. 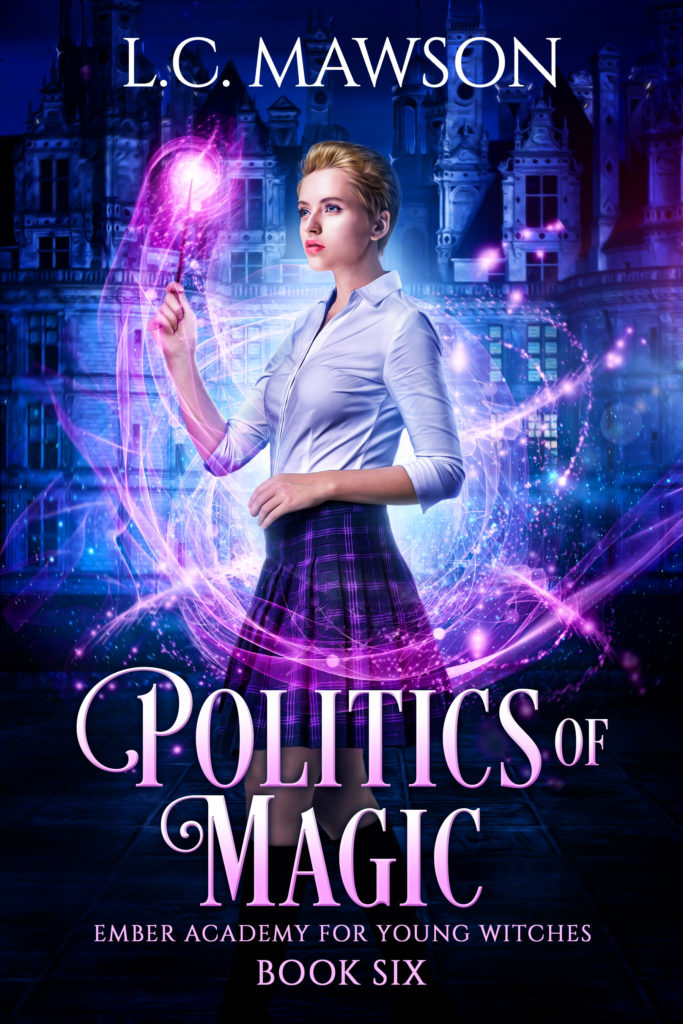 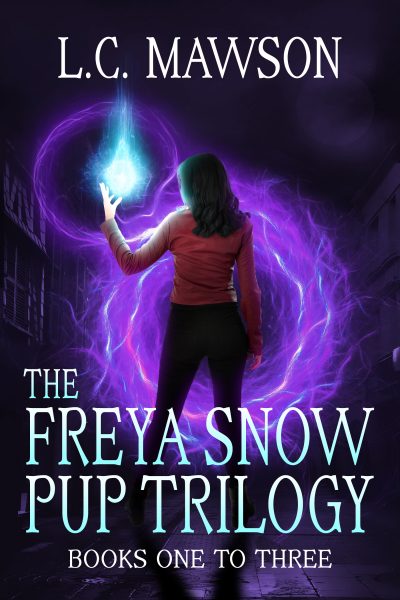 Ember Academy For Young Witches is the latest in the Snowverse, a multi-series urban fantasy universe.

There are several series in the Snowverse, two of which tie closely into Ember Academy: Freya Snow and The Royal Cleaner.

Join the ARC/Beta Teams
All Series
Facebook Group
Snowverse Reading Order
My Patreon
Free Books Starter Library
Buy Direct And Pay What You Want
This website uses cookies to improve your experience. We'll assume you're ok with this, but you can opt-out if you wish.Accept Read More
Privacy & Cookies Policy
Necessary Always Enabled

Subscribe to the newsletter to hear the latest about Ember Academy