Aspects is a YA sci-fi series following a group of alien-blooded warriors who are responsible for keeping the cities of humanity safe from the genetically engineered monsters that roam what remains of the Earth.

The first three books are currently available in ebook on Amazon, in Kindle Unlimited, and in paperback.

There is also a prequel novella available for free. 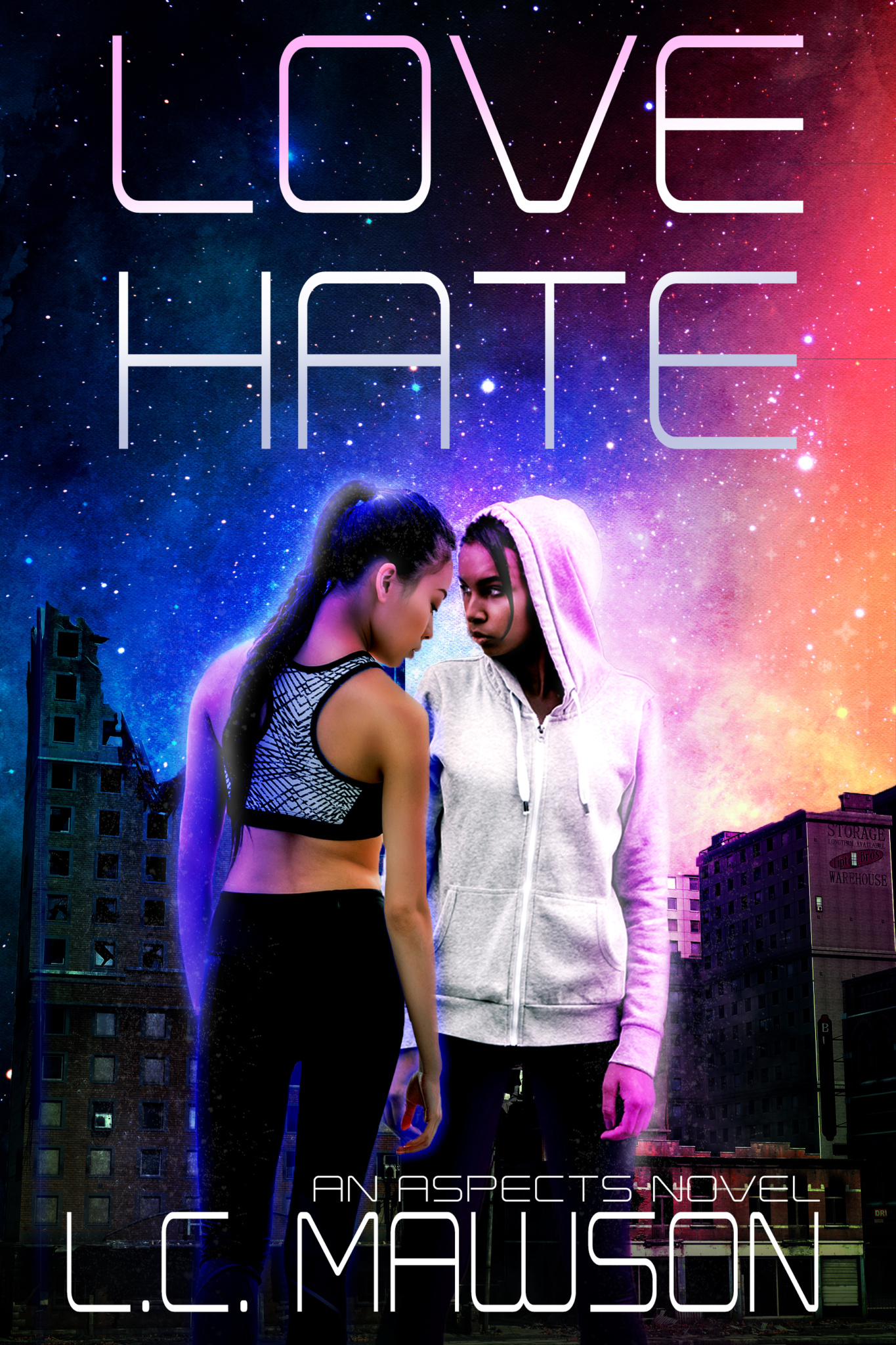 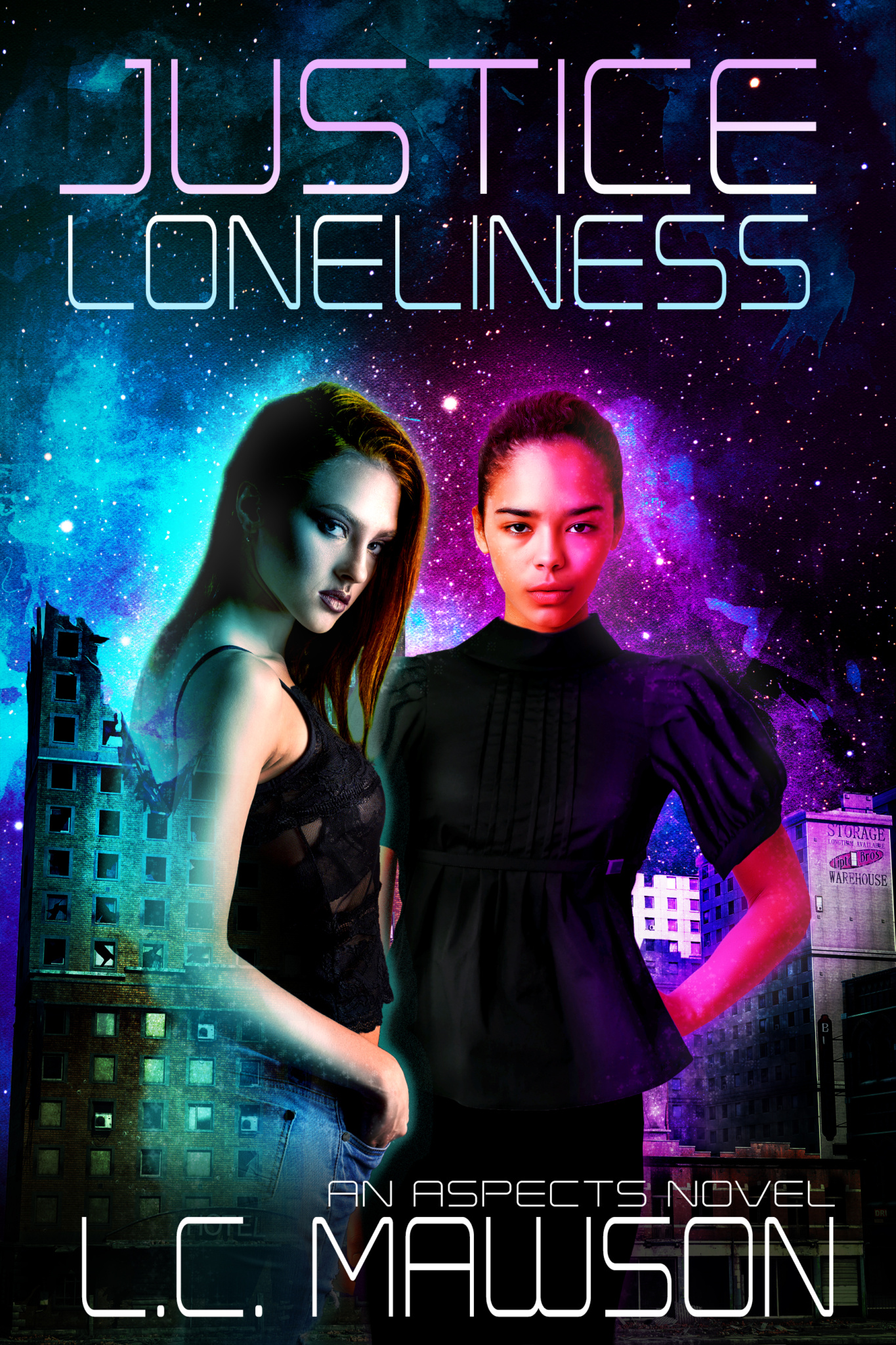 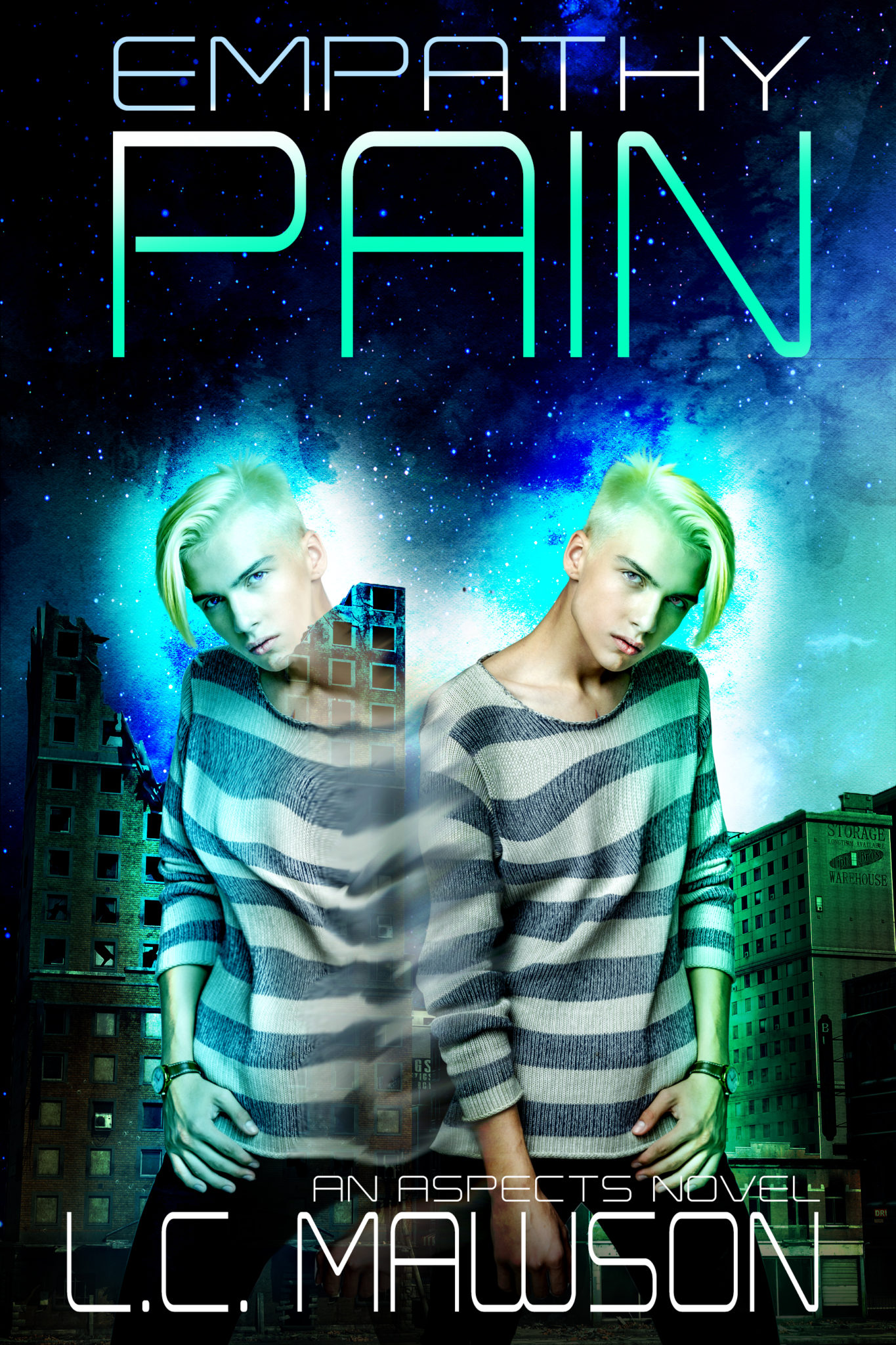 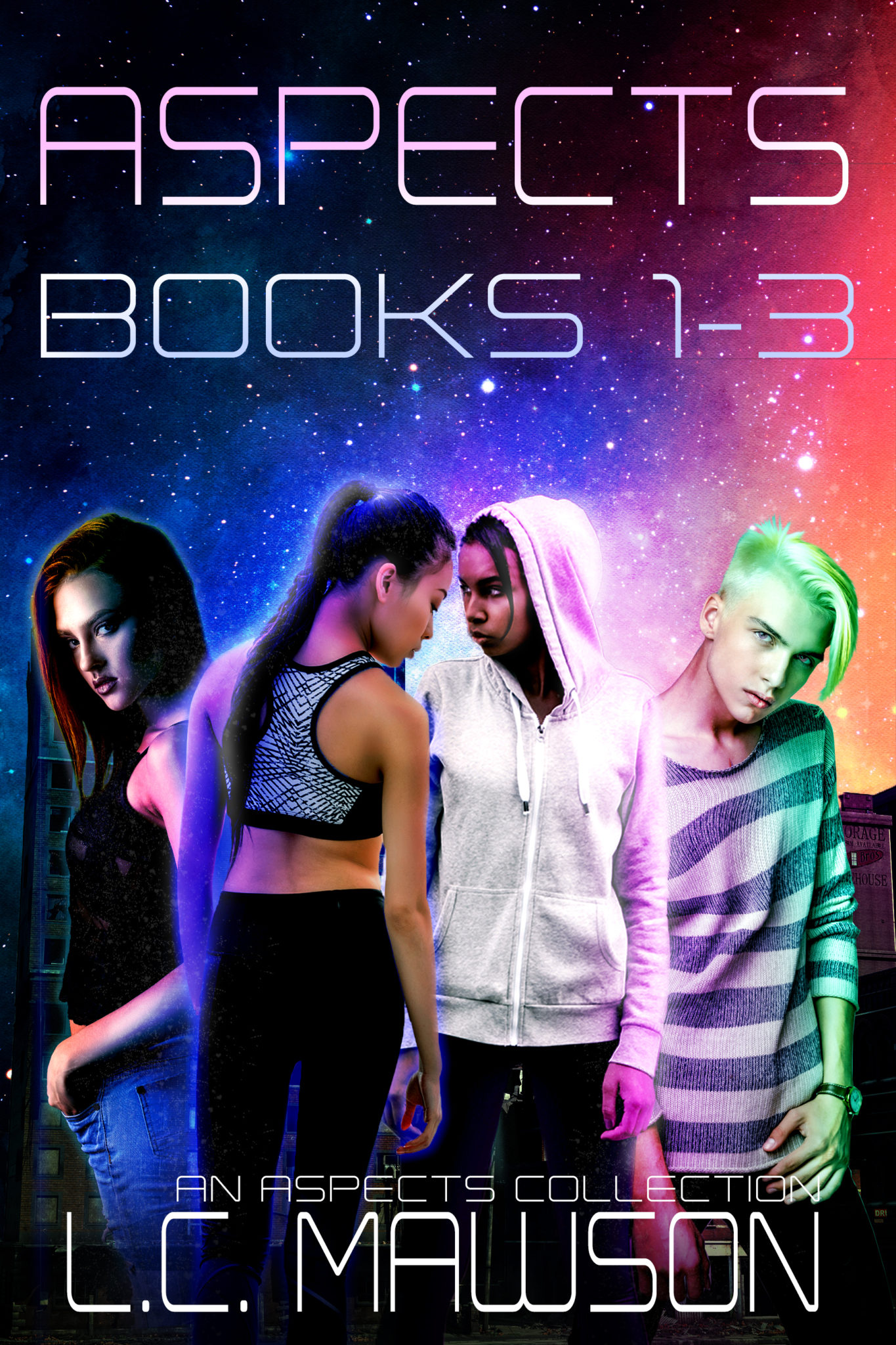 The Snowverse is my urban fantasy universe, including all of the books following the Snow family, as well as their friends and enemies. 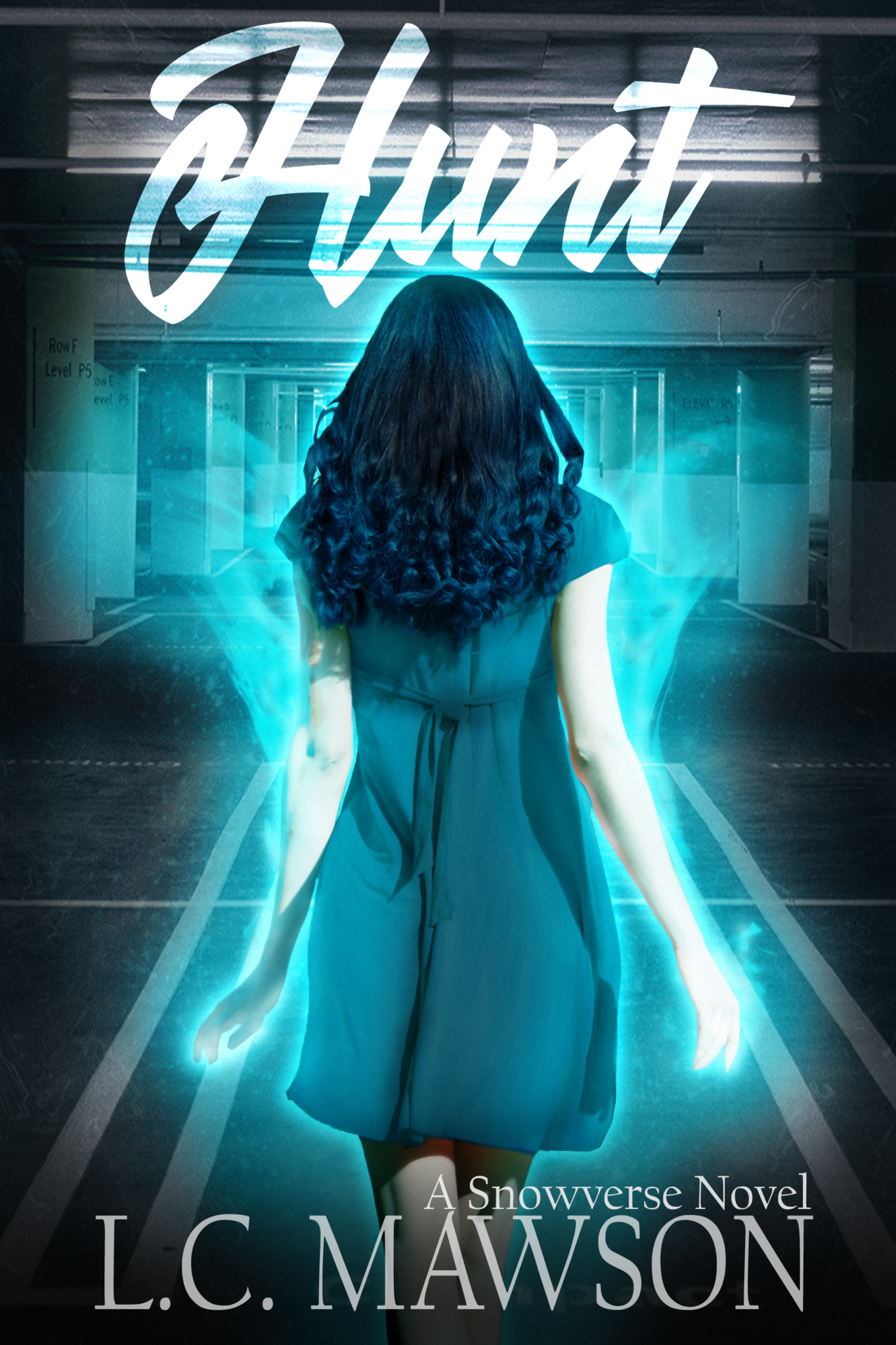 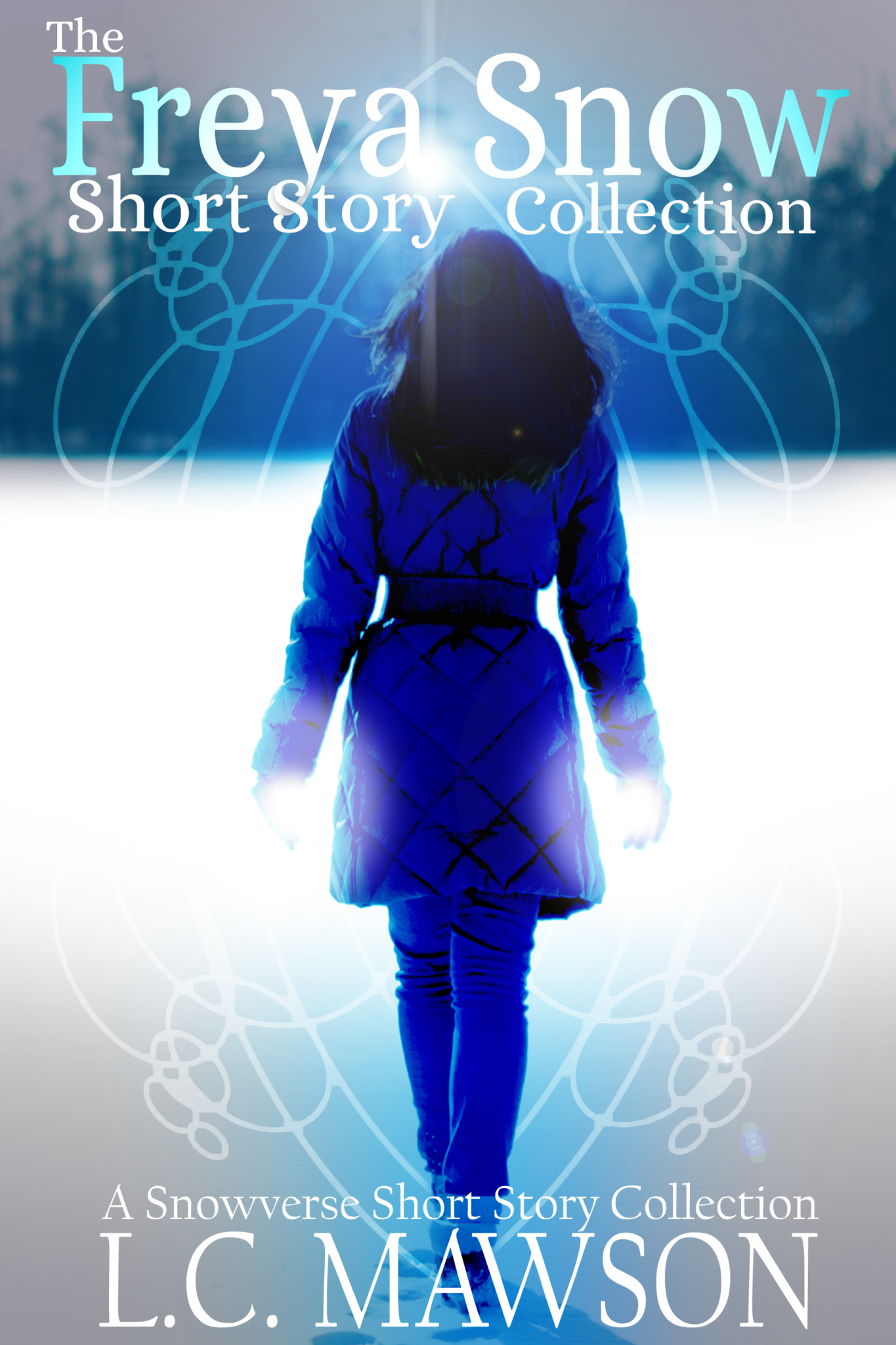 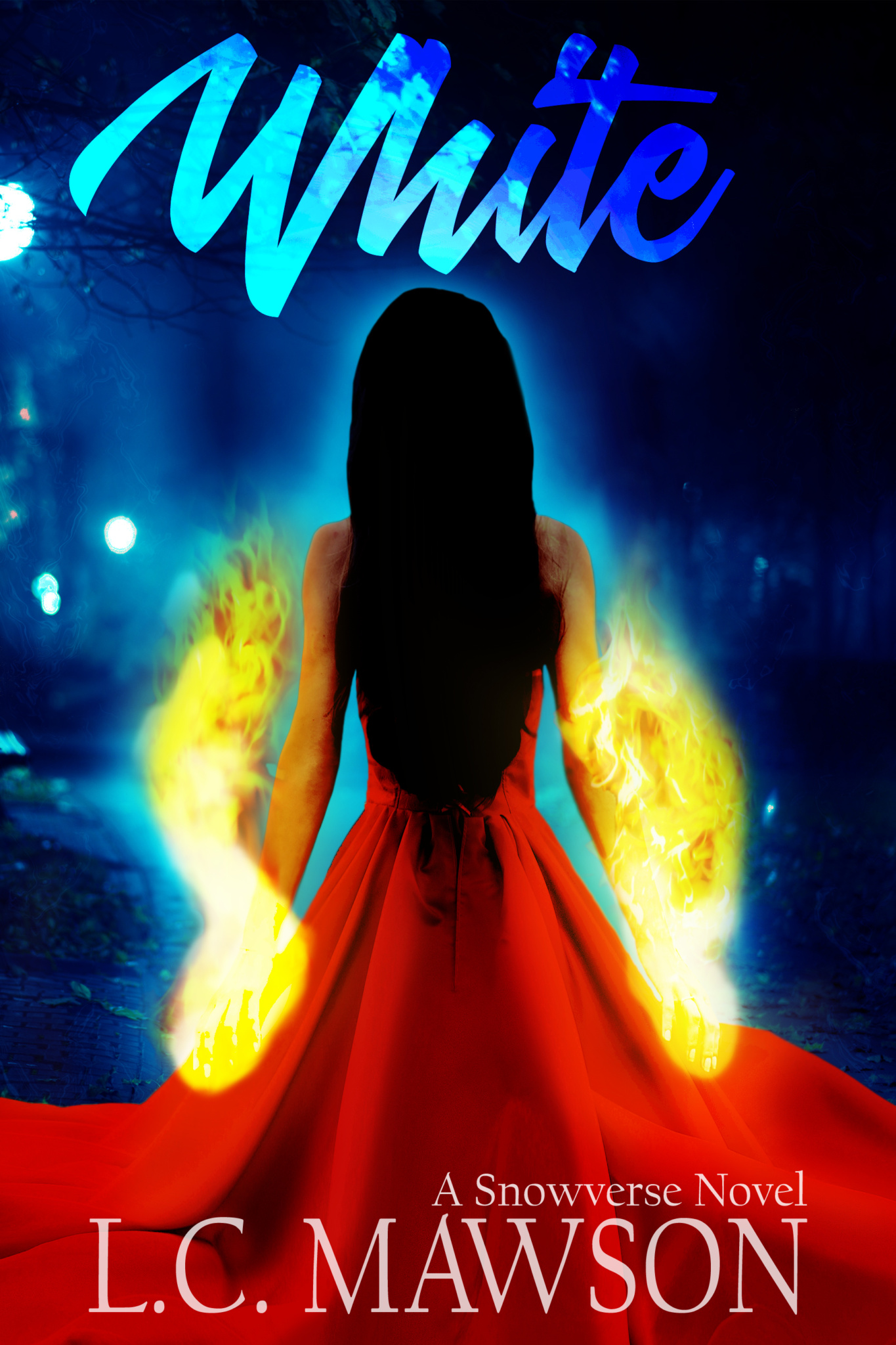 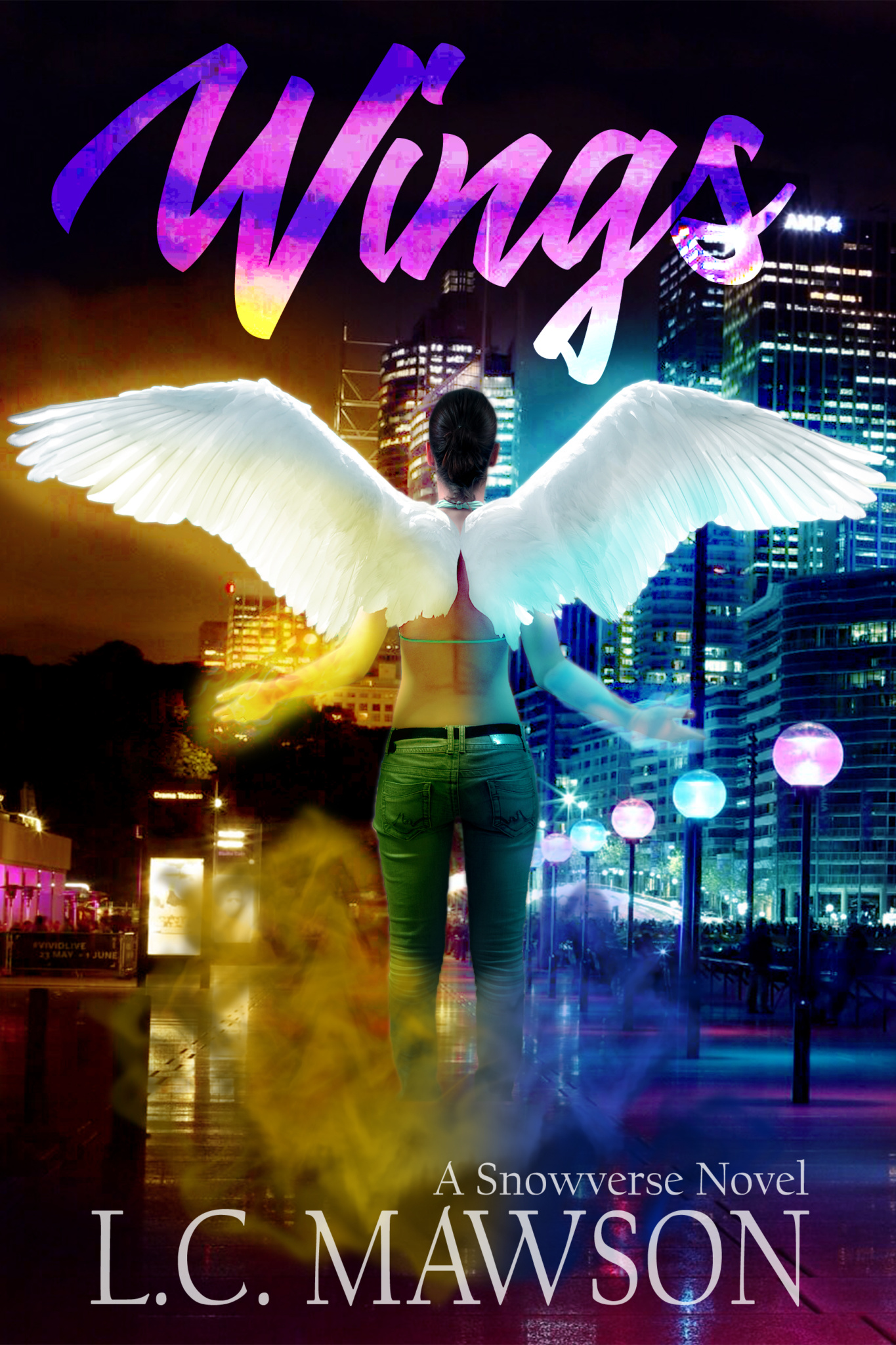 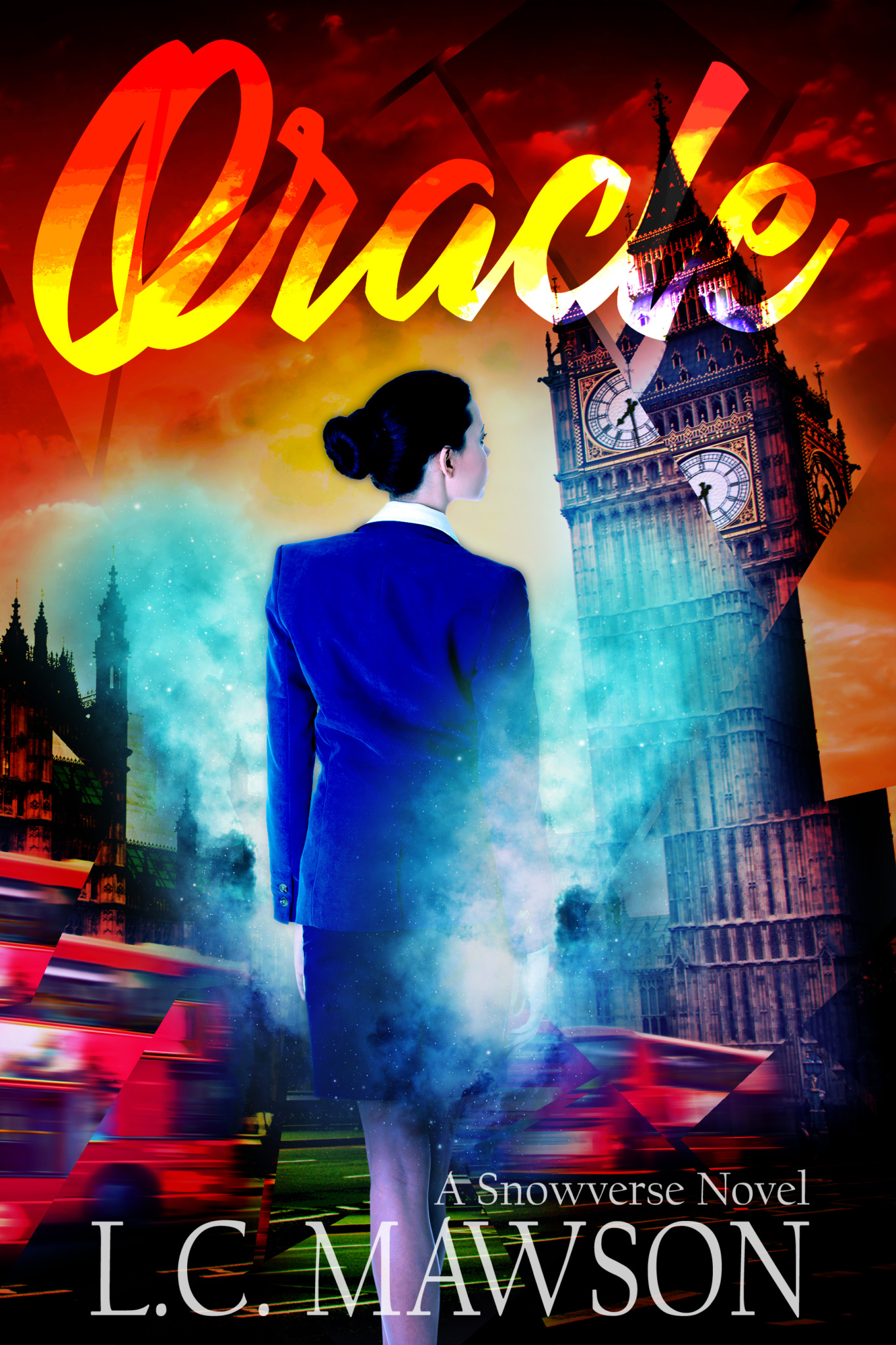 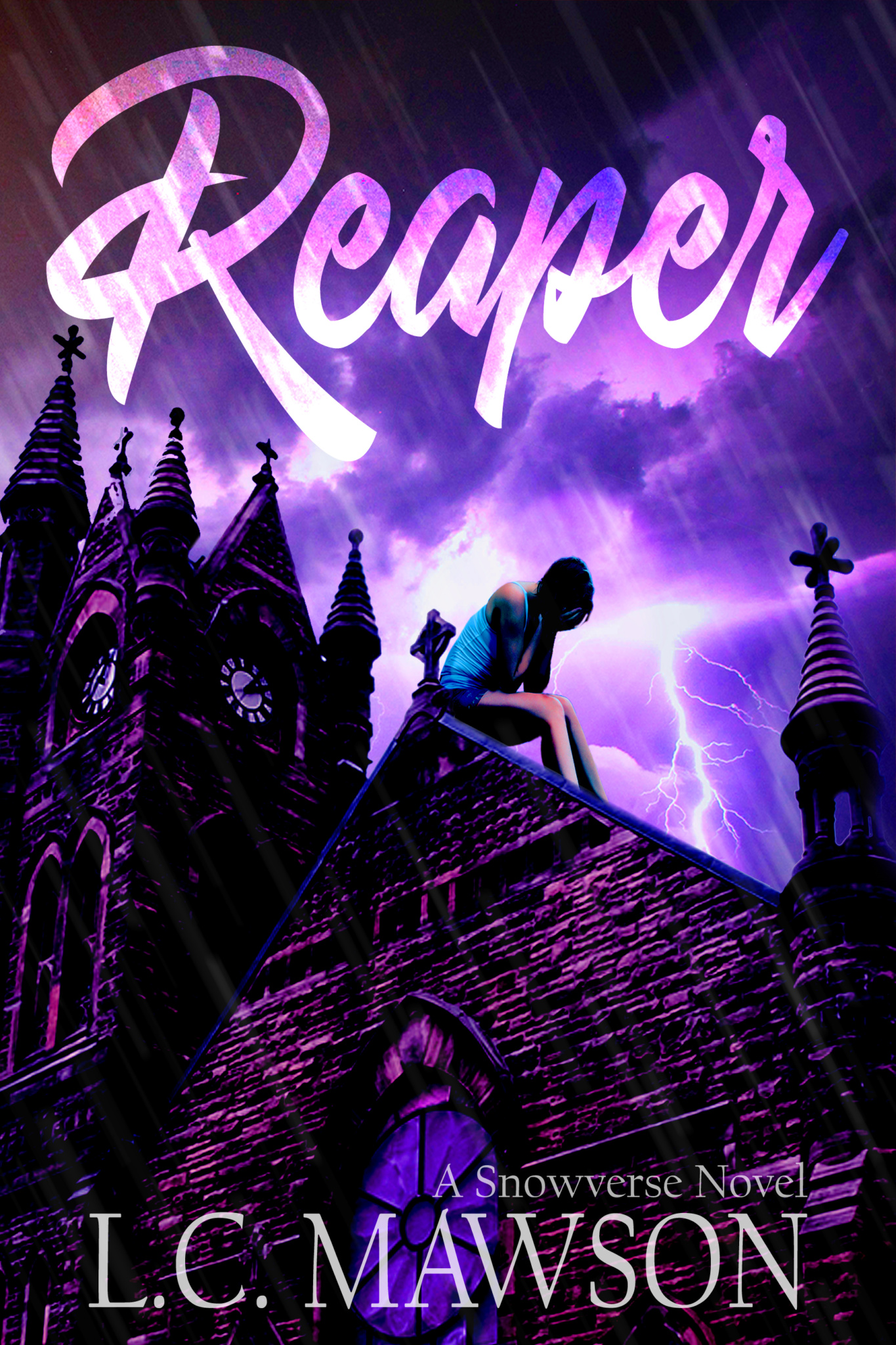 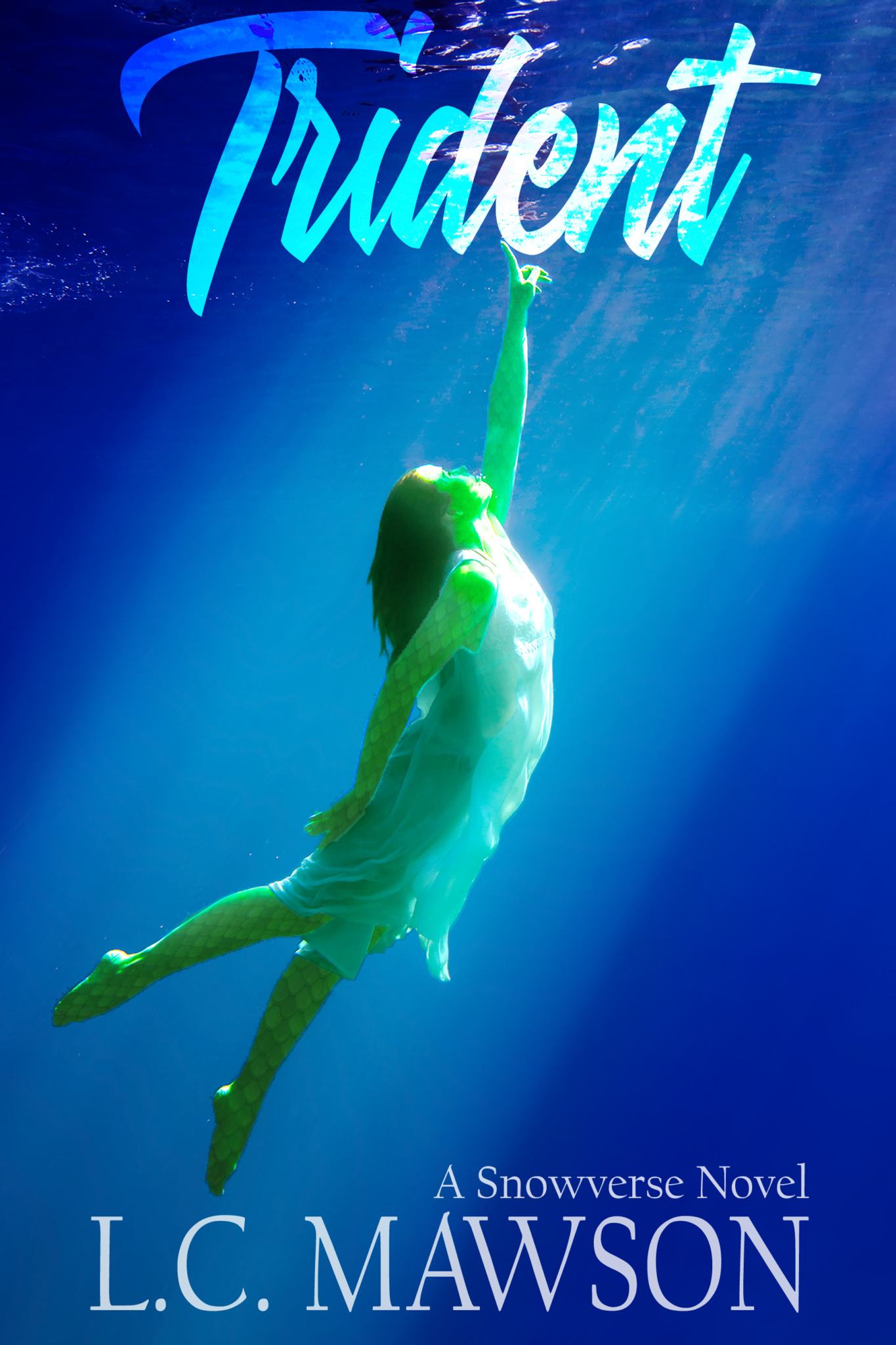 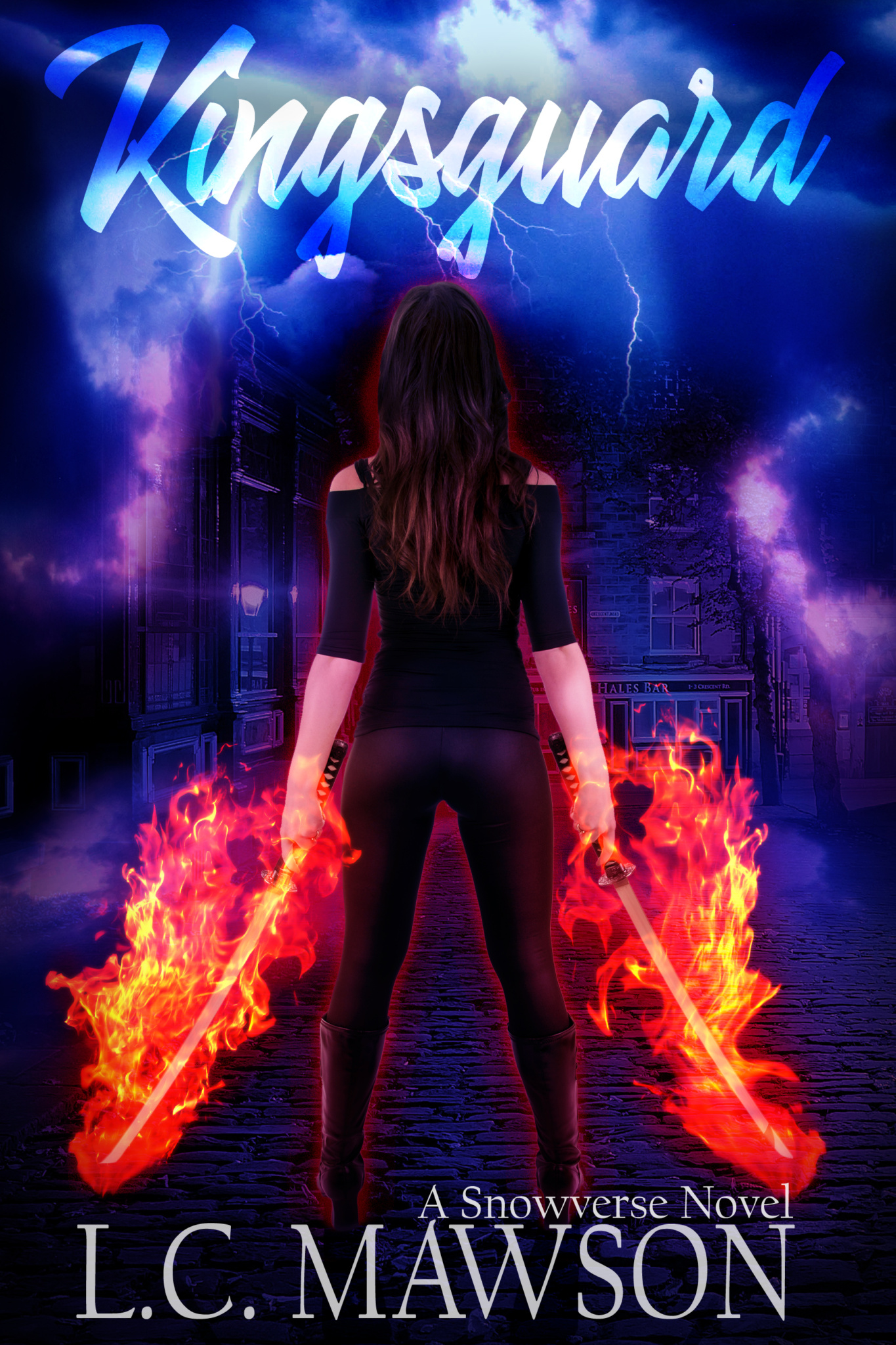 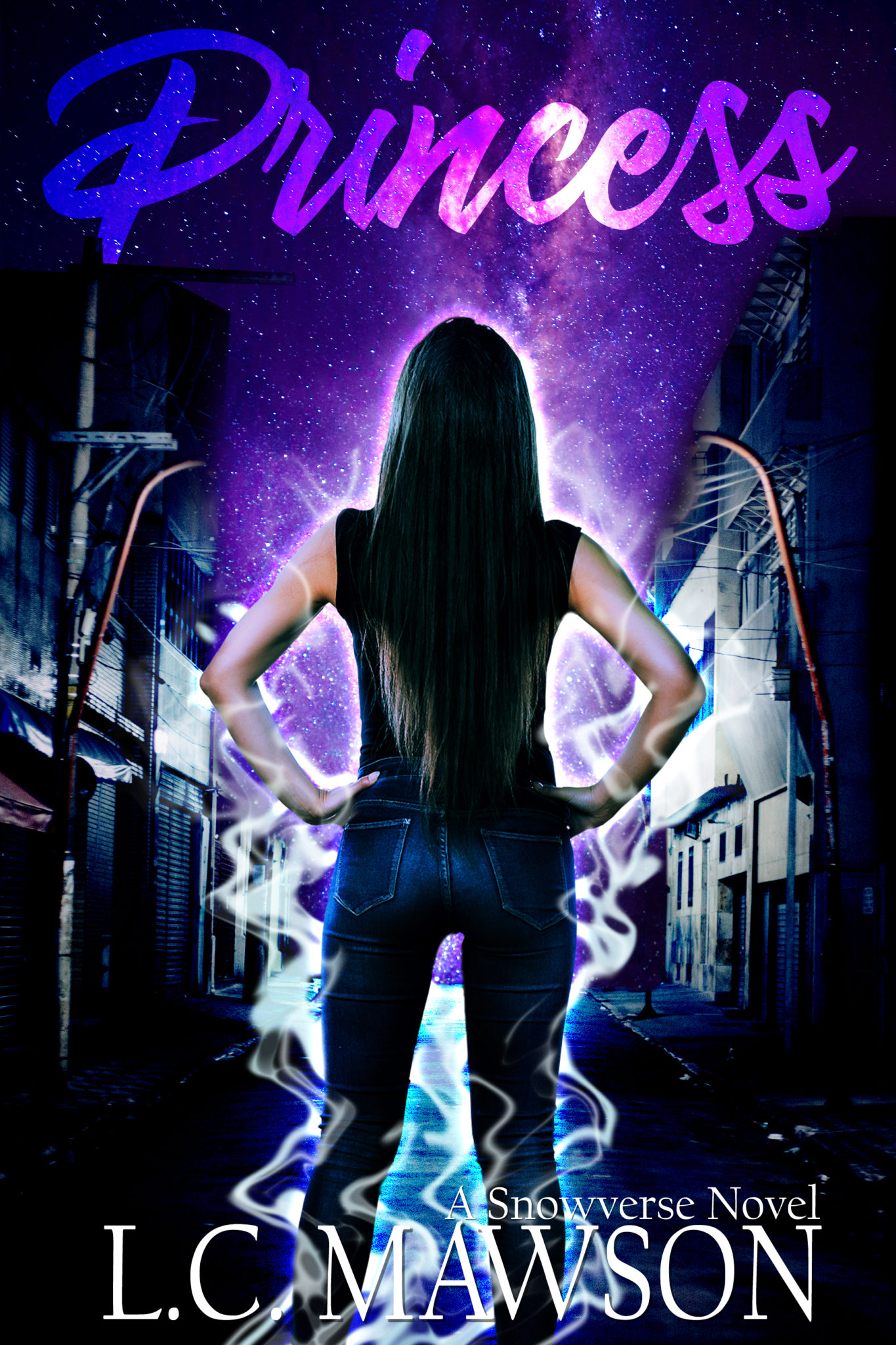 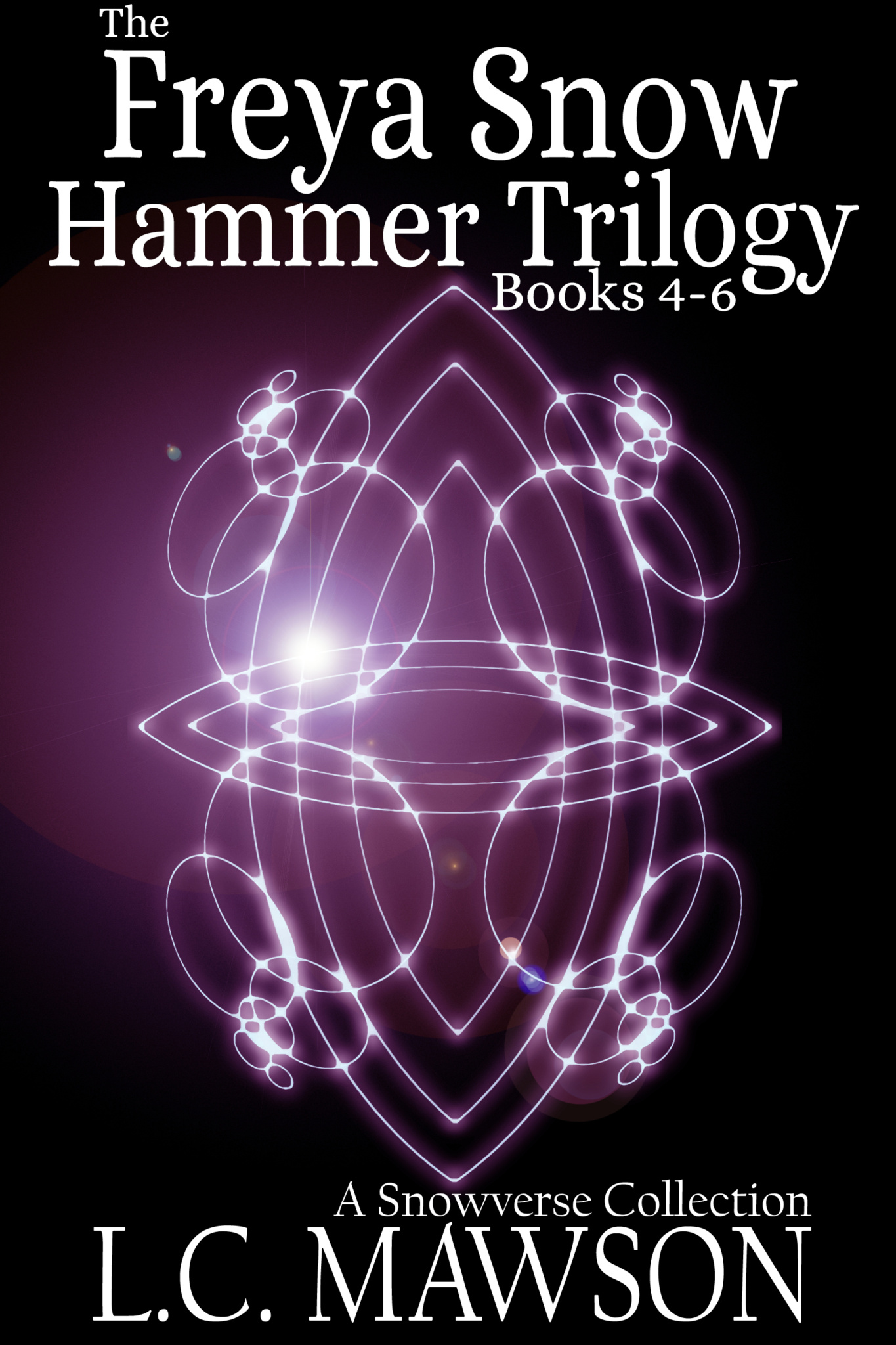 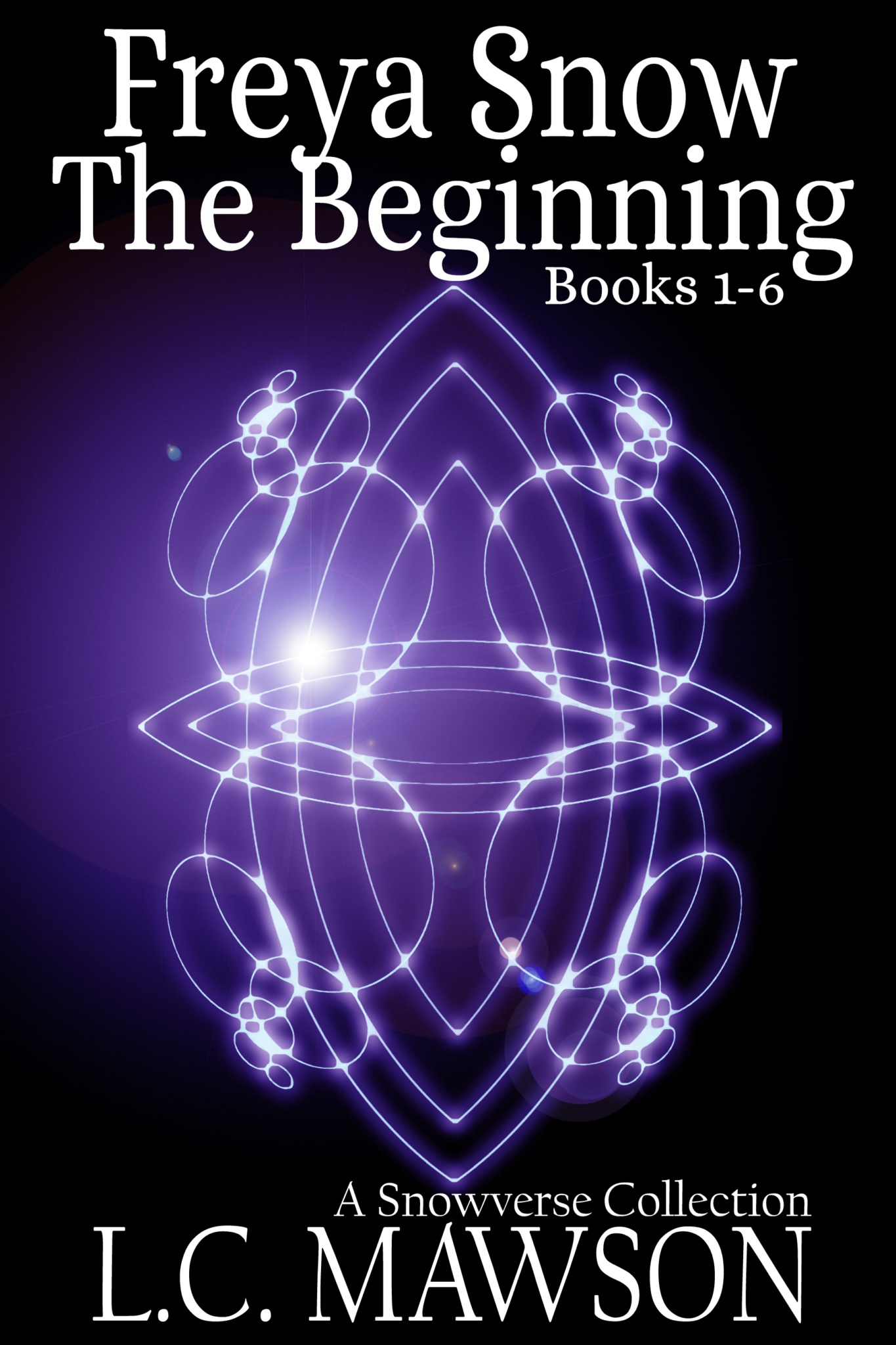 Freya Snow is a YA/NA series following an Autistic, bisexual Angel who fights Demons and gets drawn into saving the world every so often. The first nine books, as well as a short story collection, are available now.

The tenth book, PRINCESS, will be released January 2018. 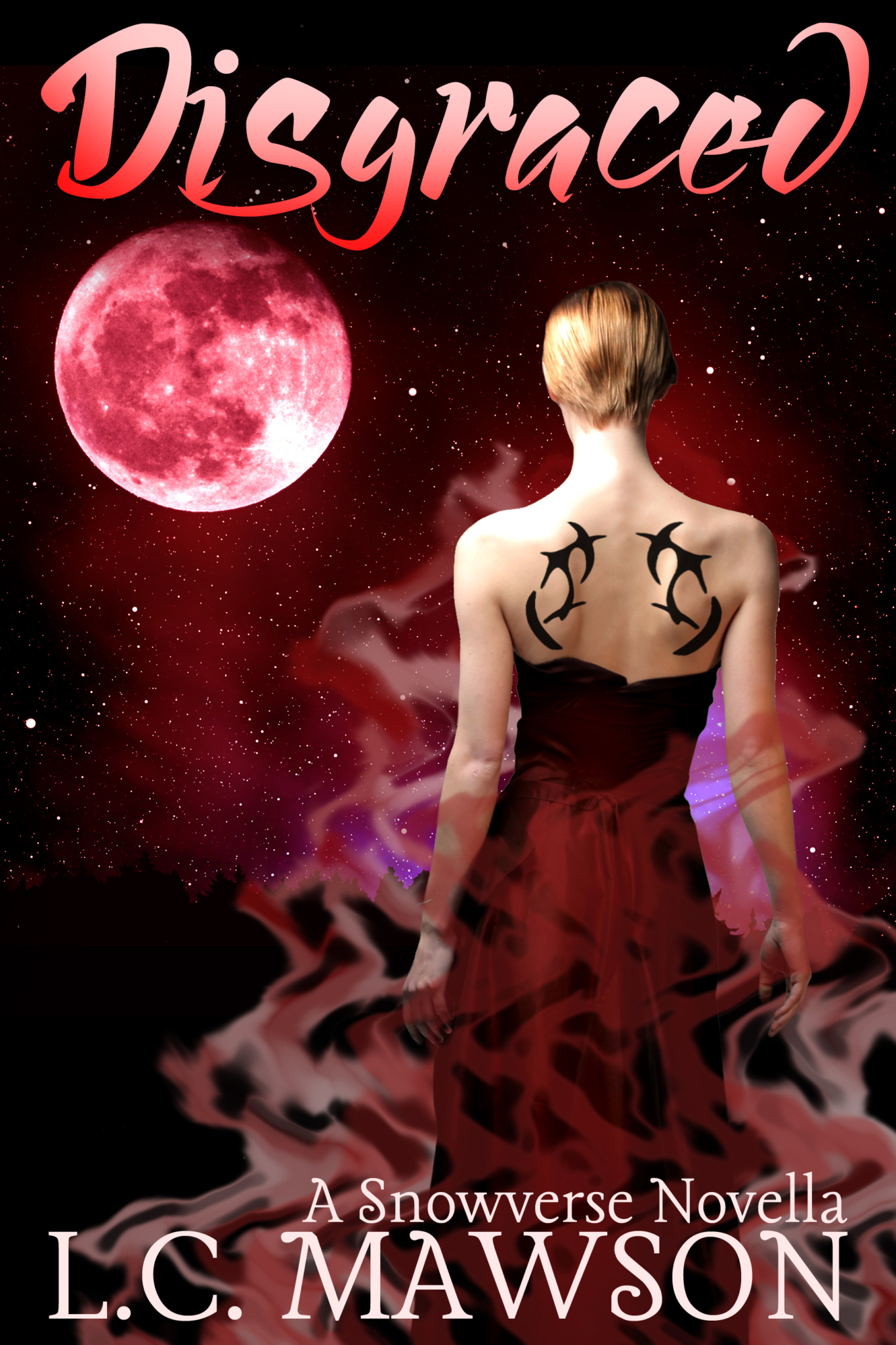 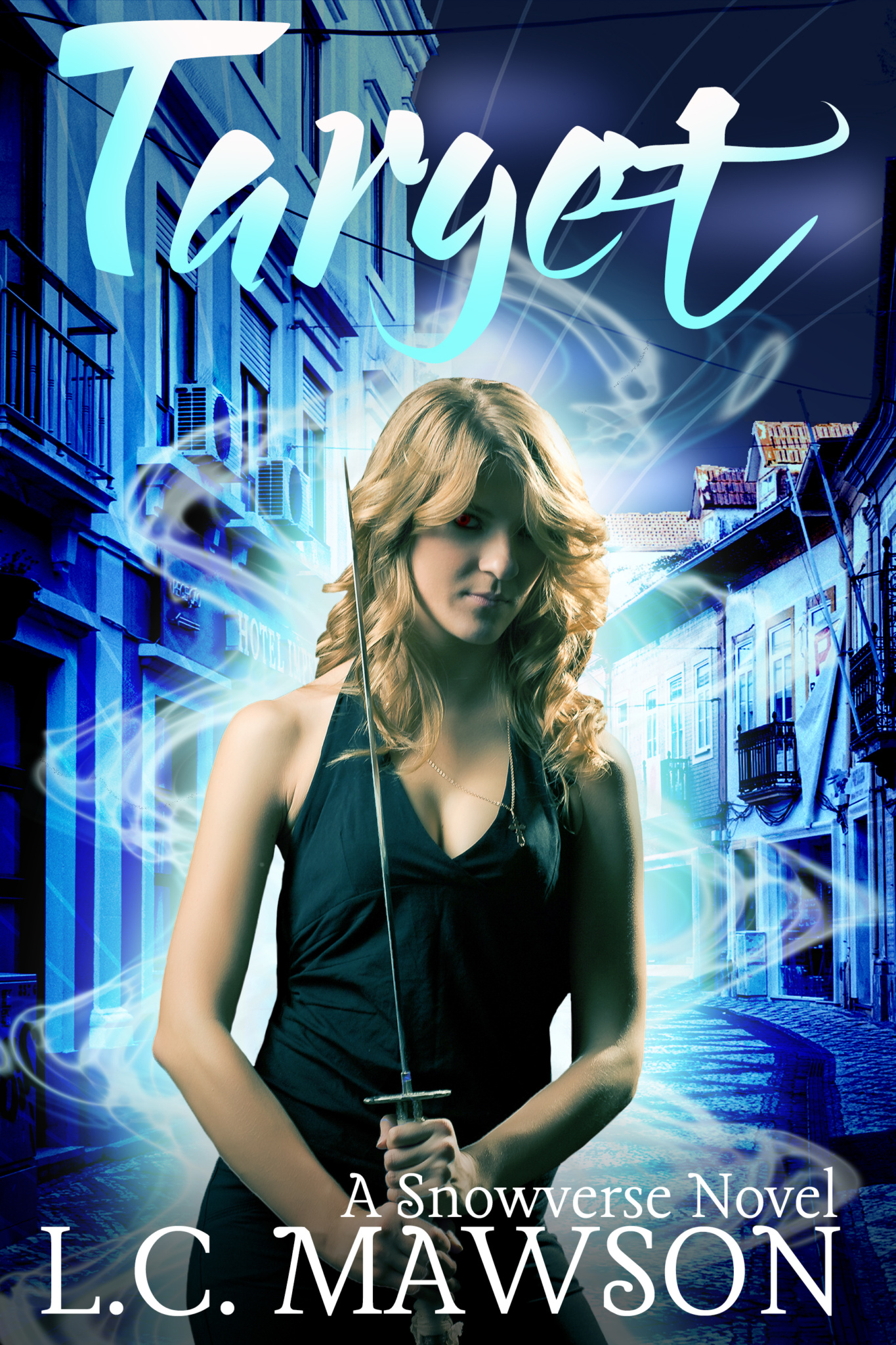 DISGRACED is a novella following the character of Lady Caroline from Freya Snow. It acts as a prequel to both Freya Snow and the series following Lady Caroline, The Royal Cleaner, and follows Caroline in her teenage years as she struggles against the darker side of Demonic politics.

TARGET is the first book in The Royal Cleaner series and is an f/f romance novel following Caroline between the sixth and eighth Freya Snow book as she tries to keep magic a secret, even from meddling human police.

REBEL is the first book in the Engineered Rebel series, which delves into the more sci-fi end of the Snowverse and follows a group of soldiers who were genetically engineered and trained since birth to fight magic as they start to question their purpose and whether magical beings are really the bad guys. It's recommended that this series is read after the first eight Freya Snow books for spoilers. 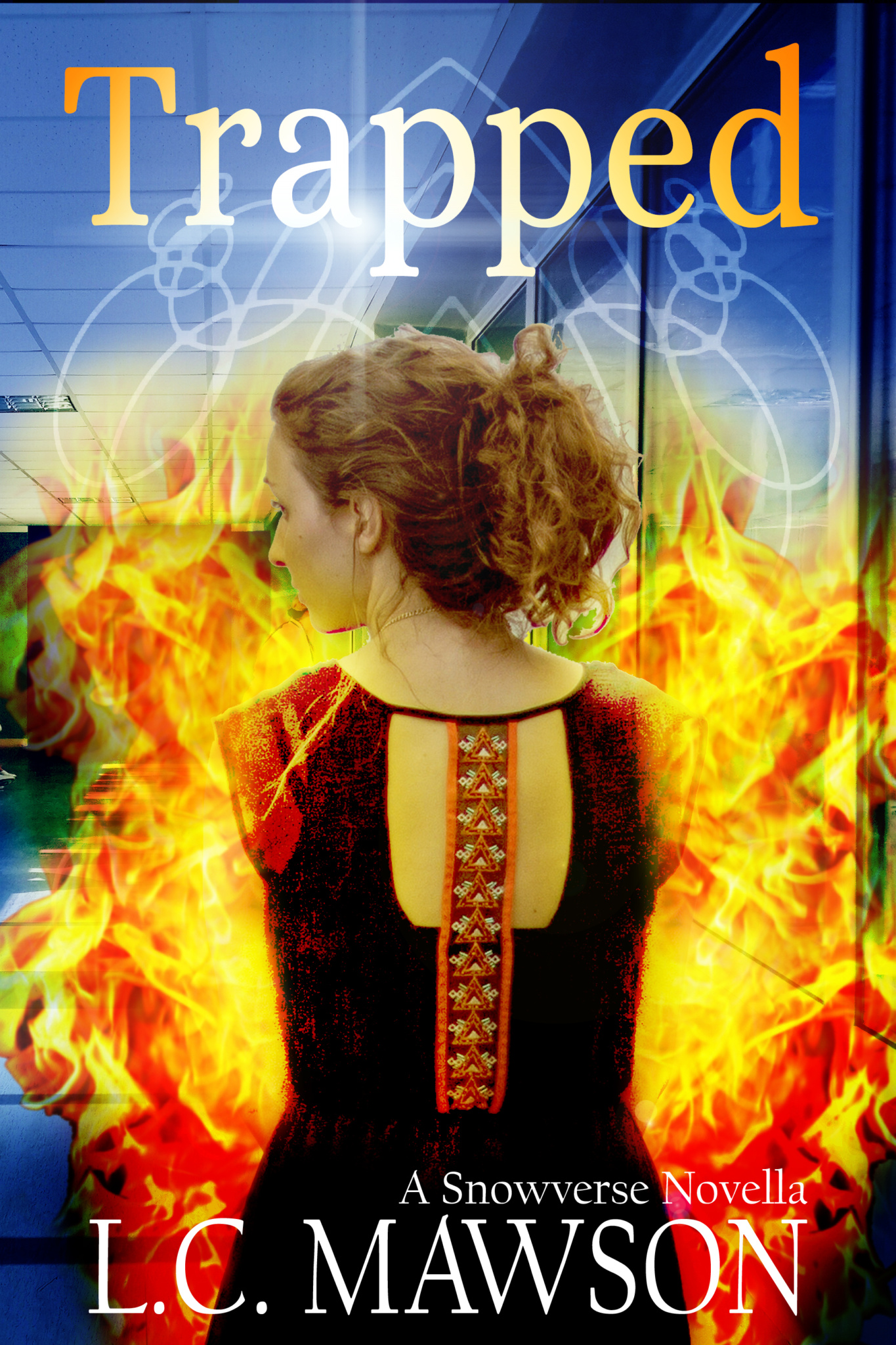 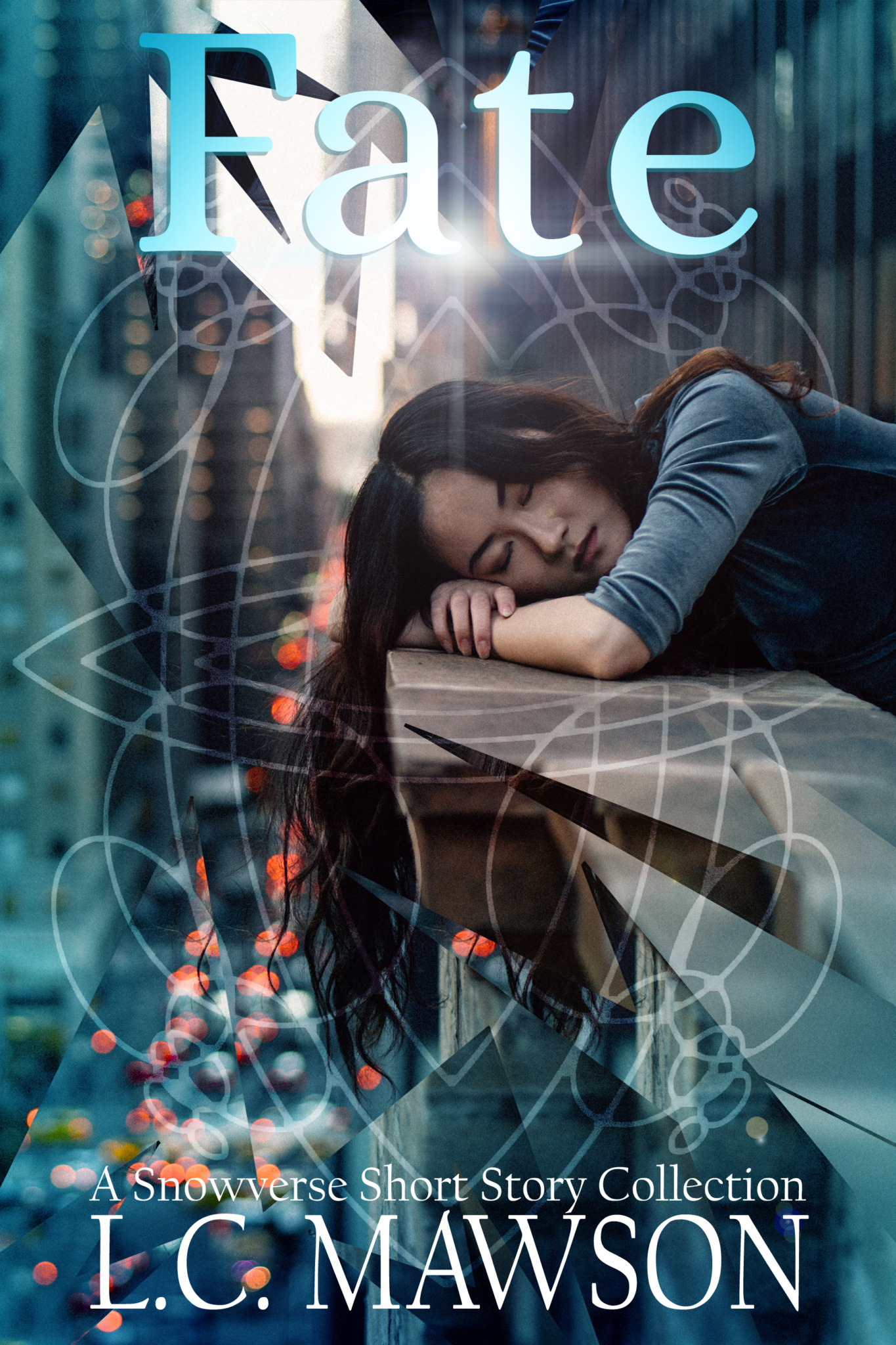 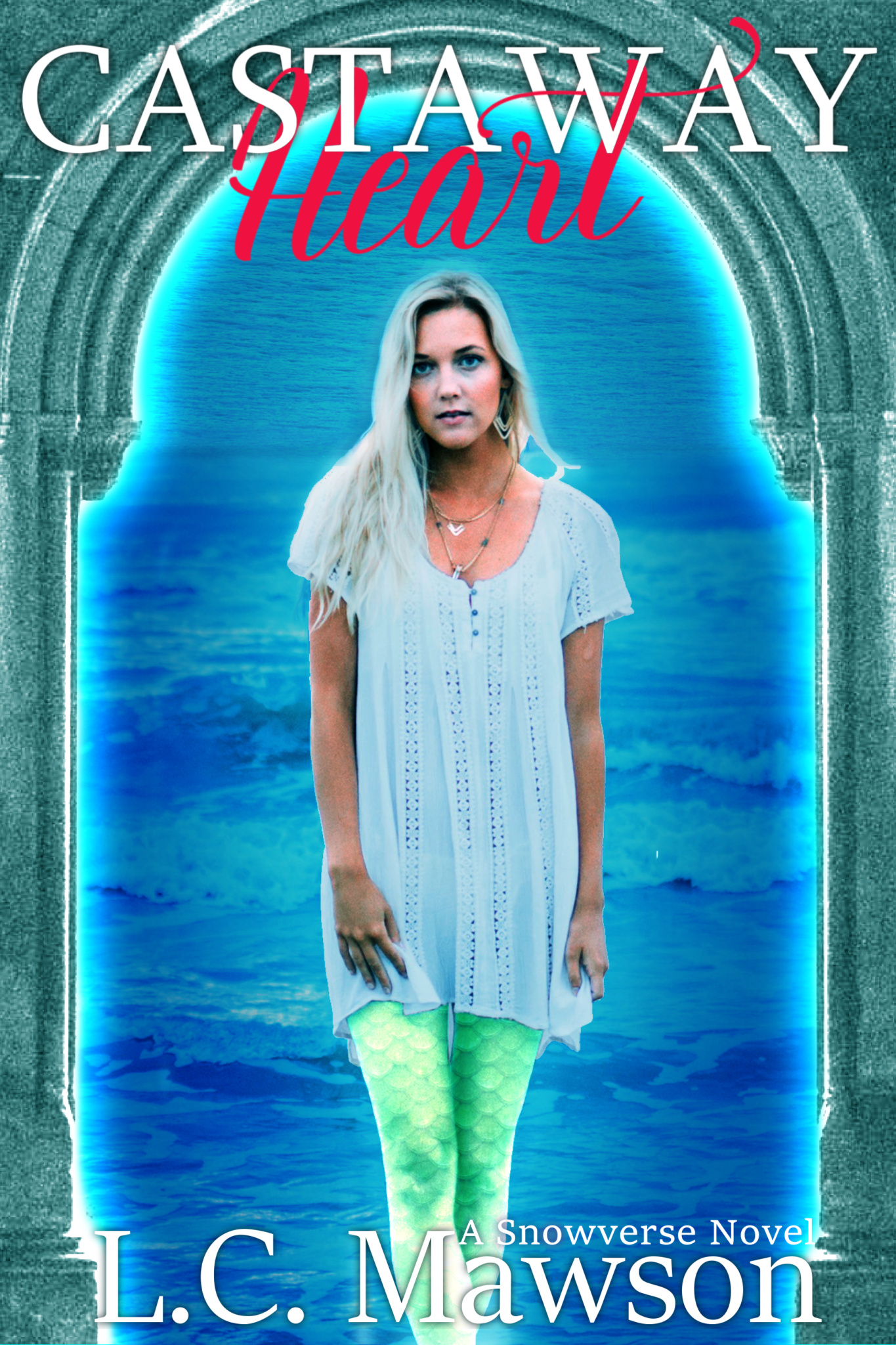 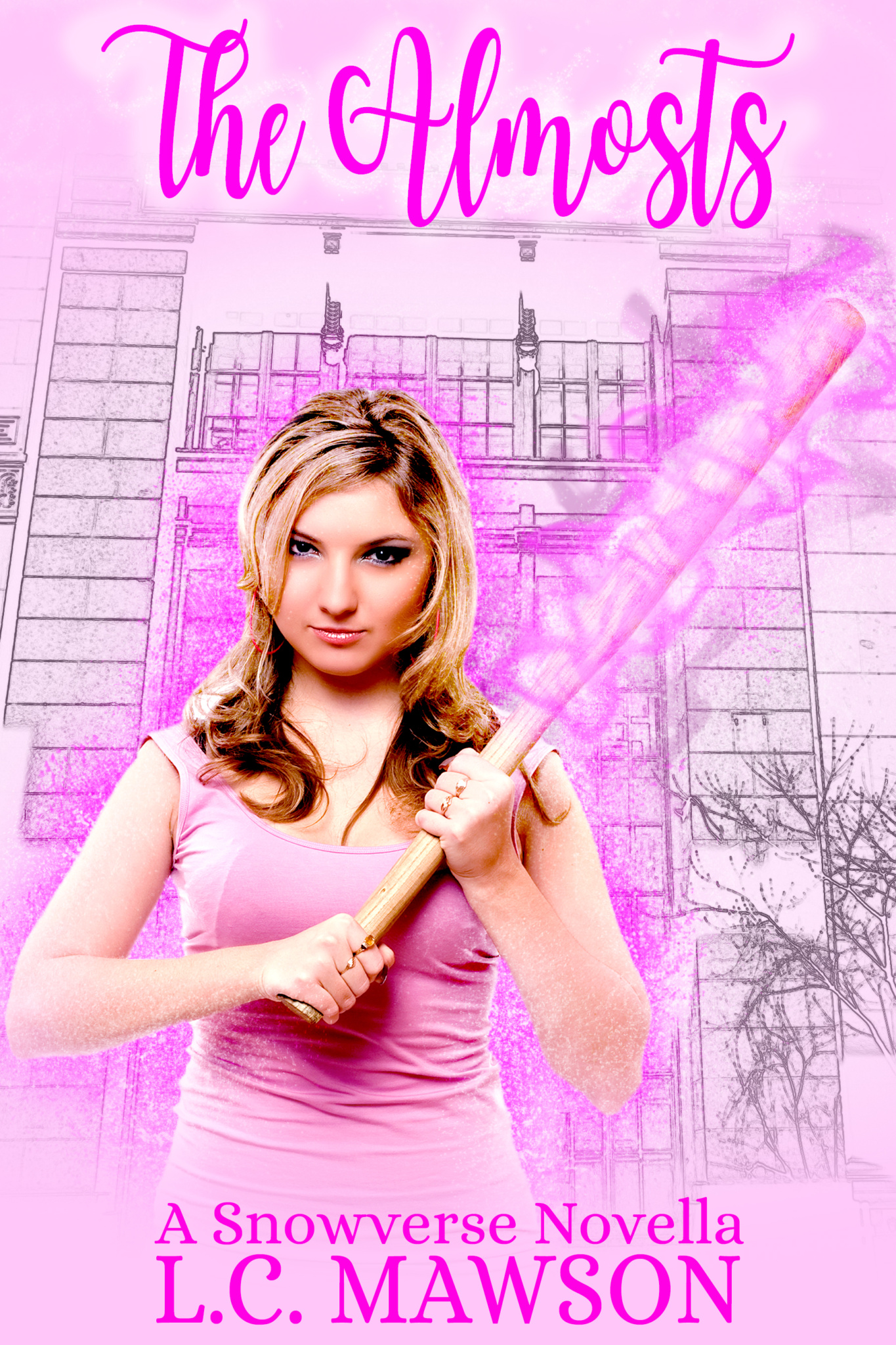 TRAPPED is a novella following Lily Snow, Freya's mother. It's a prequel to the Freya Snow series, though there's no real reading order for it. I wrote it about the same time as WINGS, so that's probably about as good a place as any to read it, but it doesn't really matter.

FATE is a collection of short stories following Alice, Freya's adoptive sister, and is available for free to people who join my newsletter. A new story is added with every new Freya Snow book.

CASTAWAY HEART is a trilogy of mermaid romance novels set around the time of TRAPPED. It's separate enough from the main plot of FREYA SNOW that it's not necessary to read the other to understand one. The entire trilogy is available now!

THE ALMOSTS is a trilogy of paranormal heist novellas which are best described as Saints Row III meets Breaking Bad meets Charmed. The trilogy will be released all at once in August 2017 and the first book is available now from instaFreebie. 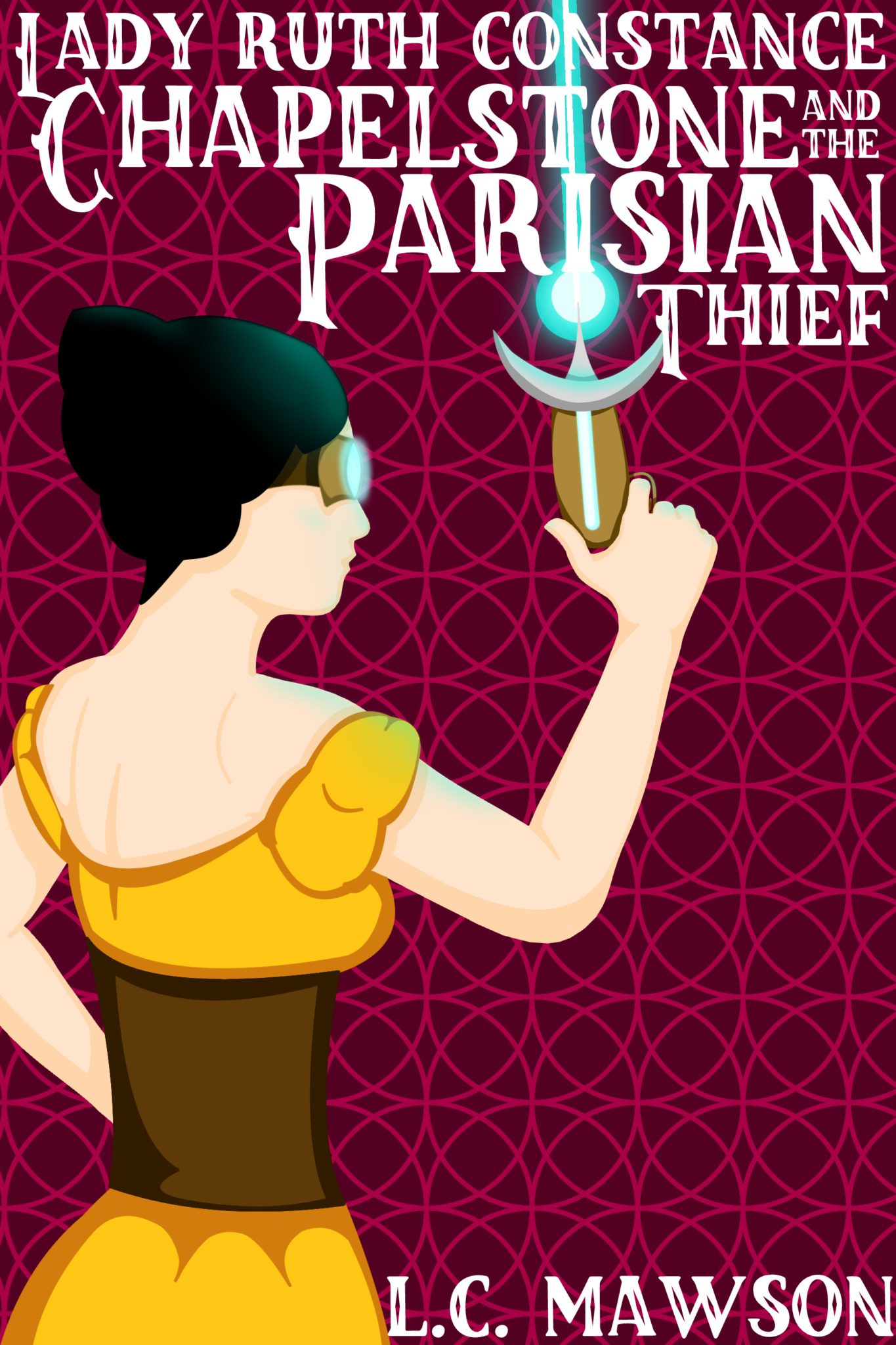 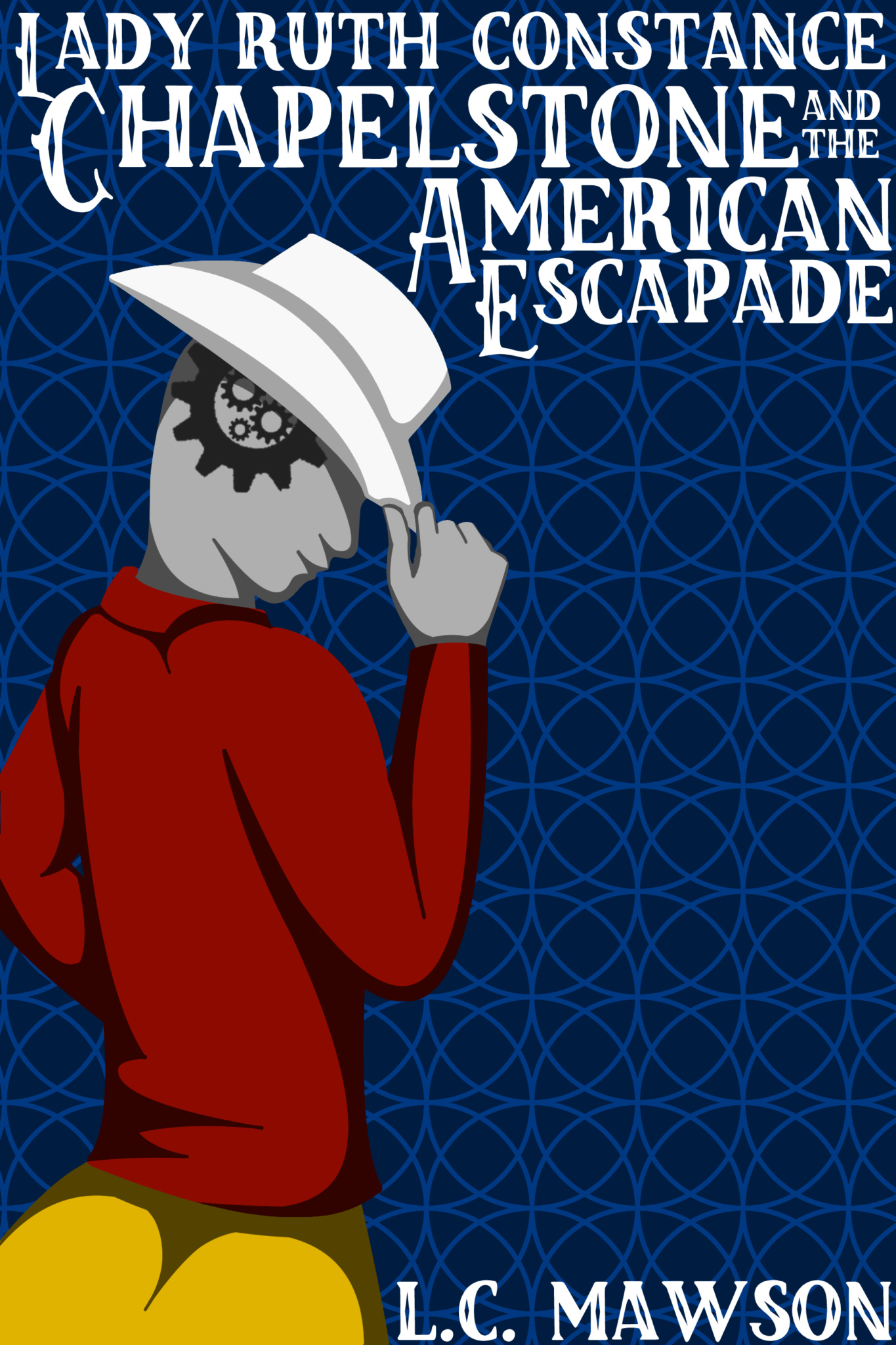 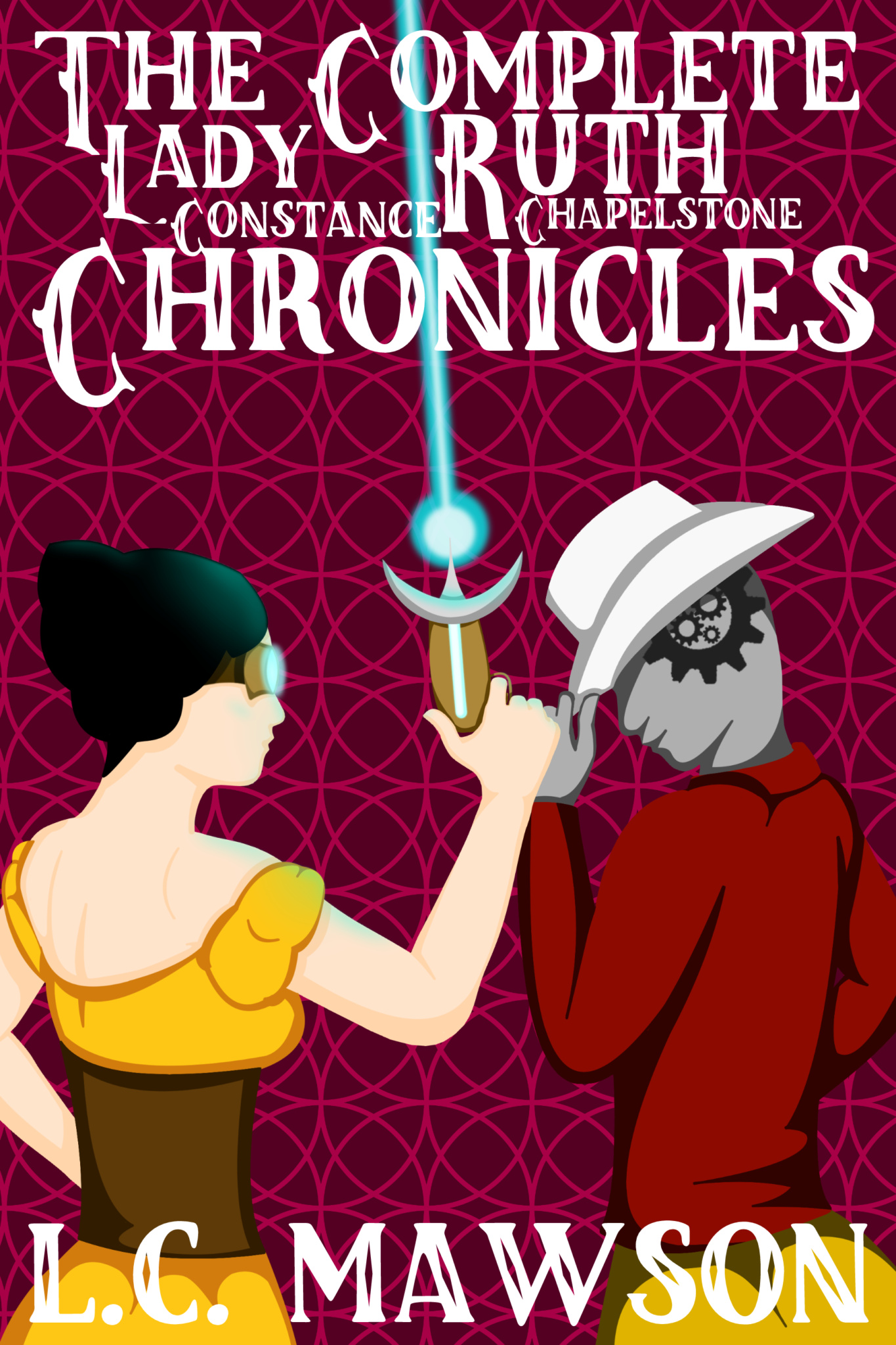 Anyone who has followed me for any length of time will know the saga of Lady Ruth. A trilogy of steampunk novellas that took me far too long to finish and that were in editing hell for months. But now the entire trilogy is officially out!

Want to read my books before anyone else? Want to do for the low, low price of letting me know if you spot a typo or leaving a short review?

I’m currently looking for more people to join my Beta and ARC teams. If you follow this link, it will take you to a form, where you can specify which teams you want to join and which series you want to read.

I look forward to having you on the teams!

Commander Fiona Fisher: Whoever thought it would be a good idea to pair my sister up with Cruz needs to be shot in the head.

Admiral Gerald Healey: Please bear in mind that this is for the record, Commander.

FF: [Sigh] Do you disagree?

GH: About shooting someone for incompetence?

FF: So you agree that was an incompetent decision?

GH: They completed their objective.

FF: My sister got shot.

FF: That’s not the point. She and Cruz bring out the worst in each other. They stop taking things seriously and they start getting reckless.

GH: Your sister is more comfortable with Cruz than anyone else, which means that she has better control of her powers. You and I both know that she has a tendency to lose that control. One more incident and those calling for her indefinite confinement might have their ammunition.

FF: She’s more comfortable with Cruz because they’re both autistic. Are you seriously telling me that there’s not another autistic soldier you can pair her with?

GH: None that she already knows and trusts. Your sister has a hard time letting her barriers down with anyone, regardless of neurotype.

FF: What about me?

GH: I believe the last time we spoke about this, your exact words were “I don’t want to spend the rest of my life being her goddamn babysitter.”

FF: Well, yeah, but if it comes down to me or Cruz, I don’t trust Cruz to keep her reigned in.

GH: Maybe she doesn’t need to be reigned in.

FF: Again, she got shot.

GH: And how many times have you been shot? Three, at my last count.

FF: That’s not the point. They couldn’t have been avoided, this could have.

GH: Look, Fisher, I get it. She’s your little sister and she’s autistic and she never would have signed up if she hadn’t developed powers. But she’s a grown woman who can make her own choices. Her own assessment of the situation is that the mission went as well as it could have, and I’m inclined to believe her. We asked them both if they wanted to stay together, and they said yes.

FF: But this evaluation could override their wants.

GH: It could, but I think they make an efficient and creative team. Given your sister’s technical aspirations before her powers emerged, and Cruz’s natural inclination towards stealth, the two of them have almost every base covered.

FF: What about Intelligence? Weren’t they waiting to snap up Cruz?

GH: They were, until the Judge Advocate General had a word with them.

FF: Her mother put them off?

GH: It seems that way.

FF: So, if Intelligence were to want her again?

GH: They would have the ability to recruit her out of the mutant/non-mutant program, if she agreed. In that situation, I wouldn’t demote you into the program. There are a few other mutants I’m having problems pairing up, so I would place her in a larger team with them. Not that it matters; Cruz is never going to let her daughter join Intelligence.

AN: So, hey. I’m working on a new sci-fi series called The Phoenix Saga. It’s got everything. There are mutants, aliens, genetic engineering, cloning, love across enemy lines, space cops… It’s got a lot going on. So I thought, while I was working on it, I’d give you guys a quick look at a couple of characters that we’ll meet in the prequel novella (which doesn’t have a name yet, but I’m working on it).

Keep checking back here or on Tumblr (@lcmawson) to keep up to date with more sneak peeks, concept art, cover reveals and launch details.