Aspects is an urban fantasy series that starts out as YA and then gradually moves to NA as the series goes on and grows up with the protagonist.

The series is still ongoing and will end with Book Nine.

The series follows the Aspects, a group of part-alien heroes who keep the walled cities of Earth safe from the genetically engineered monstrosities beyond.

The next book in the series will be Book Seven.

I’m currently in the middle of writing the first draft, and I will start posting chapters of the book to Patreon as I go.

Claire never wanted to be a hero.

The Aspect Guardians protect the last cities of Earth from the creatures that were left there by their alien ancestors.

Remnants of a forgotten civil war.

Claire is all too familiar with the alien creatures. They killed her mother, leaving her all alone.

But those chosen can’t refuse. The Aspect powers embody emotions, and those most in tune with those emotions are called to take the mantle.

And they’re lucky to survive more than two years.

Some Aspects aren’t even that lucky, however, and the Aspect of Love is notorious for only having a few months at best.

So, when the Aspect of Love dies and Claire is chosen as her successor, all of her nightmares are made real.

She must face the monsters of her childhood. And they will likely kill her.

But strength comes in unlikely places, and finding the means to survive may mean Love turning to Hate.

You’ll love this F/F YA sci-fi superhero book because the fast-paced writing will keep you hooked until the end. 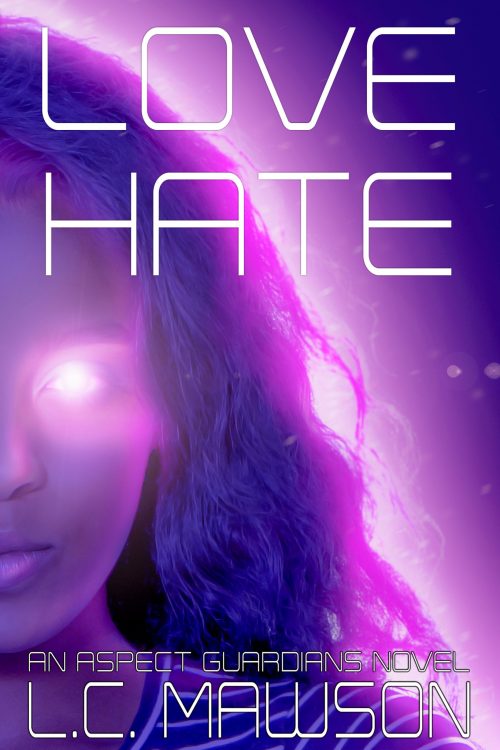 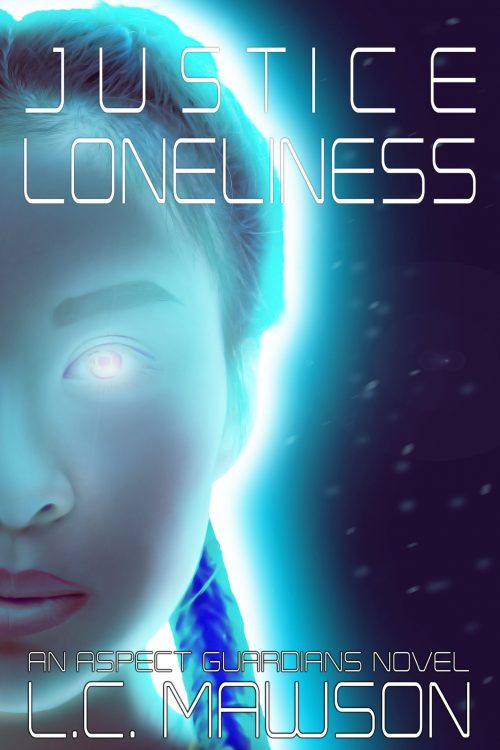 Peace was all well and good, but what was it truly worth without freedom?

Ever since the Aspect of Love had learned how to control the creatures that roamed the Wastelands, the Aspects hadn’t been in any real danger. Love had been so worried about her life as an Aspect leading to her death, she was more than happy with that peace.

But when the Aspect of Loneliness falls pregnant, those who run the Aspect Program want to exercise the same control as ever: to stop any Aspect from being compromised.

With no threat, Love doesn’t see why Loneliness has to give up her child, so she strikes a deal with those in charge: the Aspects will be allowed their freedom if they can reclaim an entire city from the creatures.

But when Love’s powers start to fail, what originally seems like a simple task may be more dangerous than anticipated. Especially when a strange, masked woman starts appearing, with the same powers as Love.

Justice/Loneliness is the second book in the Aspects YA sci-fi series.

To suddenly lose her powers was a curse to Claire. But to her sister? It was all she ever wanted…

Claire thought that she could live in peace, using her powers to reclaim more land from the wastes. But when a strange blue light appears and strips away her powers, she finds herself up against her toughest adversary yet.

And even worse, her sister doesn’t want to destroy the technology making them vulnerable.

Without her powers, could Claire ever stand a chance against those who would see her dead?

EMPATHY/PAIN is the third book in the Aspects YA sci-fi series. 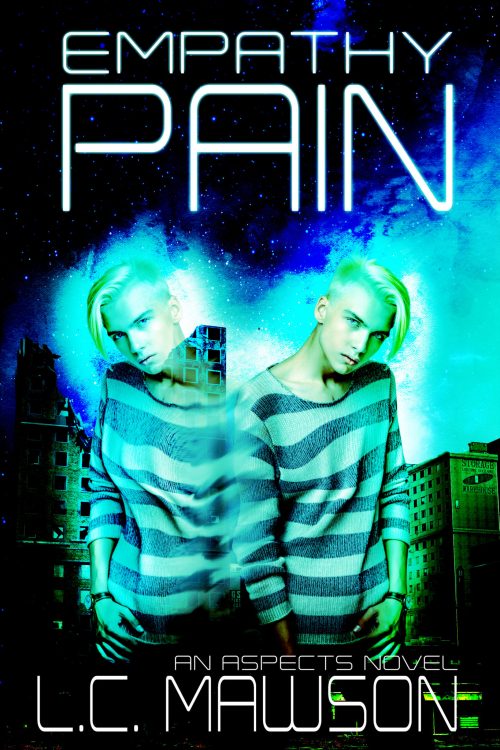 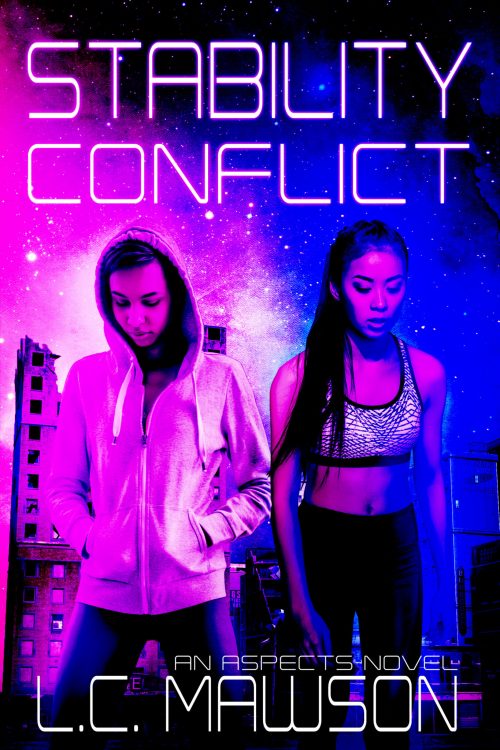 The last thing Claire wanted was to leave. The only thing Hate wanted was for her to stay…

Waking up to find that her girlfriend had left to claim her royal birthright on another planet sucked, though Hate wasn’t sure if it sucked more or less than the fact that she was now down a leg and a pair of kidneys, her body having to make-do with cybernetic replacements as she tries to piece her life back together in Claire’s absence.

As far as Claire was concerned, leaving was about the hardest thing she had ever had to do. Or at least, it was until she finds herself thrown into the shark-infested waters of Rena politics.

Claire left Earth only to find that keeping herself and her sister safe would be harder than she thought. But at least everyone back home is safe now that she’s gone… Right?

STABILITY/CONFLICT is the fourth book in the Aspects YA sci-fi series.

Claire left Earth to protect it, but all she did was leave it defenceless.

As Empathy returns home, she finds Earth trapped in the middle of a war, with the enemy having control of the genetically engineered creatures that only Claire was ever able to control.

But Claire is trapped in the alien hell of Rena politics, and helping Earth might mean having to sink deeper than she ever imagined.

If Earth has a chance, it rests on Claire’s shoulders, but the price of peace may be too much for her to bear.

Loyalty/Betrayal is the fifth book in the Aspects sci-fi series. 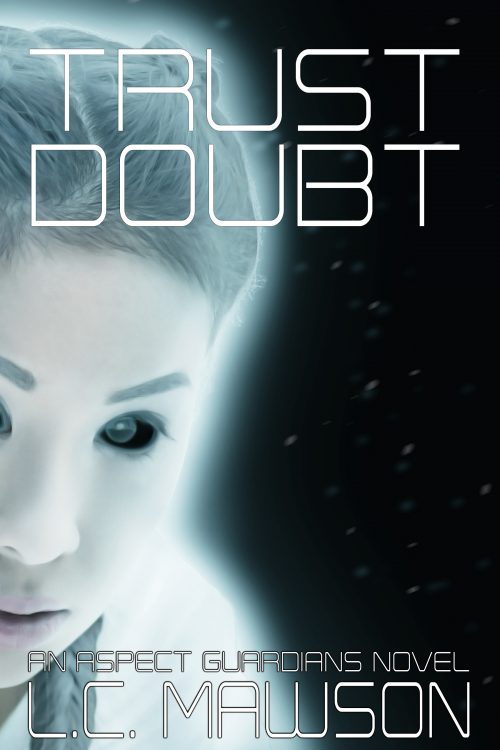 Returning to Earth was never going to be easy…

Unable to gather help in Rena space, Claire has finally returned to Earth to help her fellow Aspects fight to keep their planet safe.

But returning isn’t as simple as Claire had hoped. She’s changed, and so has everyone else.

With the outcome of the war depending on their bond, is there anything of it left to salvage?

This collection brings together the first three books in the Aspects series. It makes it easy to get started on the series and is cheaper than buying all of the books separately. 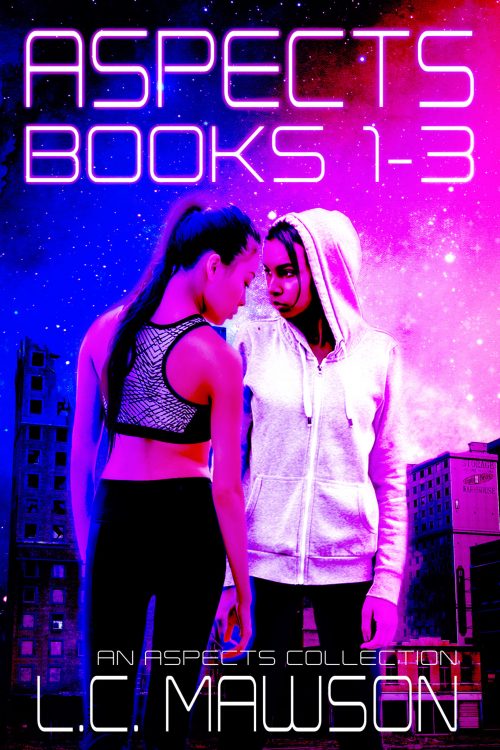 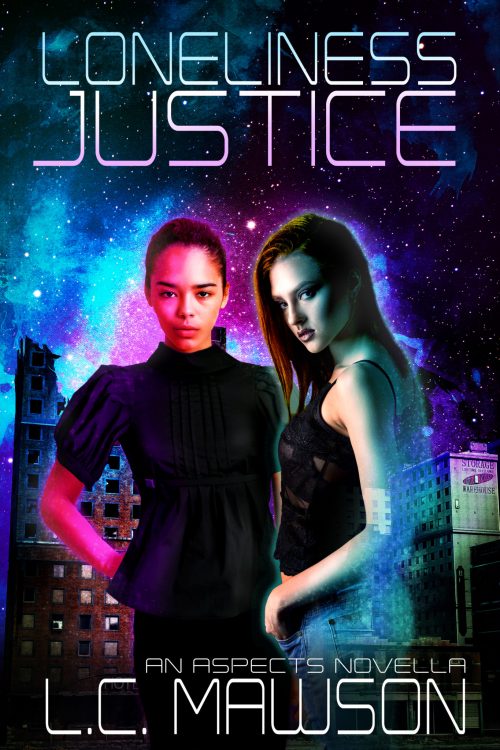 “Fitting in” had never really appealed to Lex.

Not that she would be capable of it if it did, but she didn’t care. Not when she had two friends by her side that she knew would never leave, right?

But living in a world of monsters, with only superpowered warriors to protect them, should have meant she knew better.

When her two only friends are called to join these warriors, she’s left alone.

But maybe her loneliness is exactly what will save her…

Loneliness/Justice is a prequel to the Aspects YA sci-fi series.

Get Free From BookFunnel